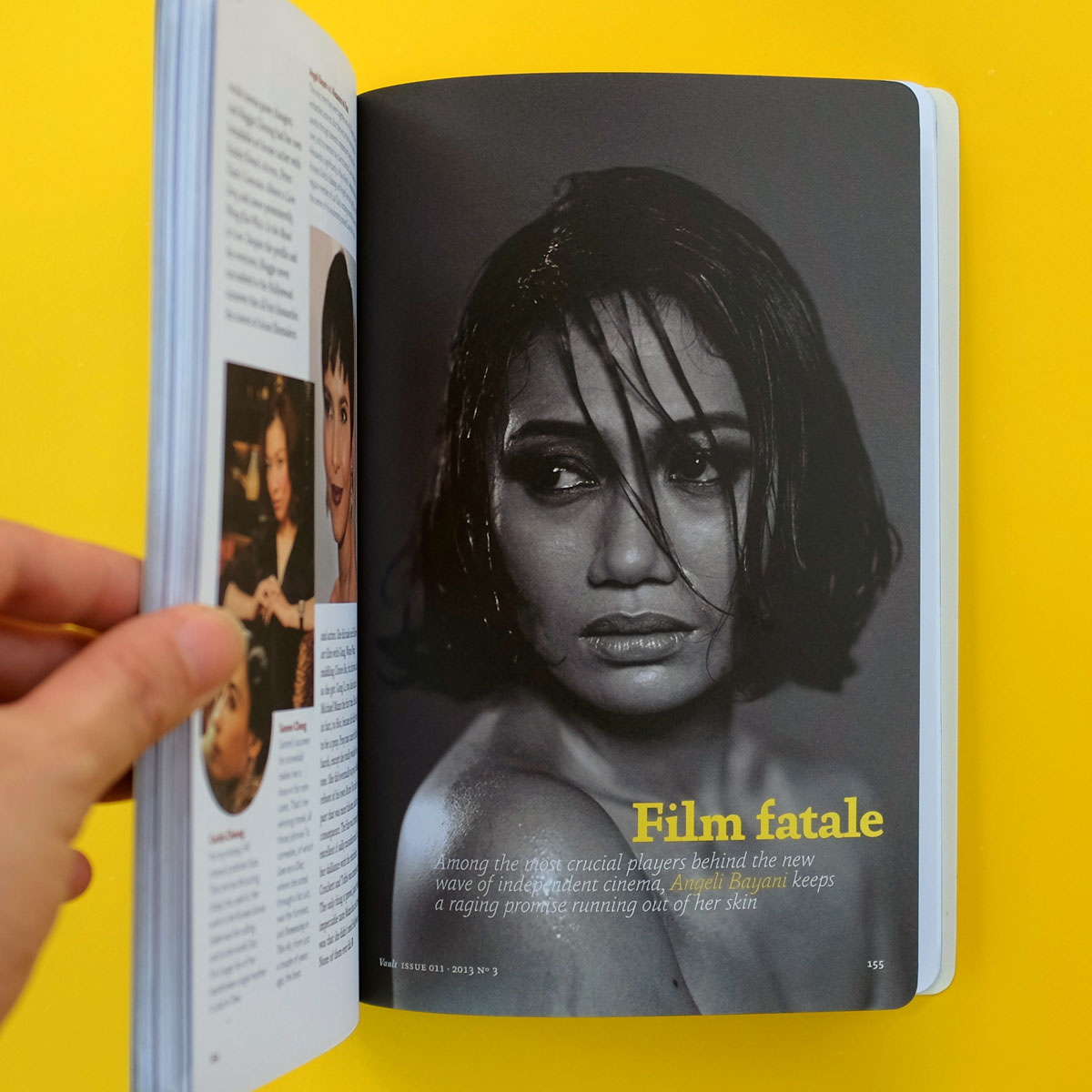 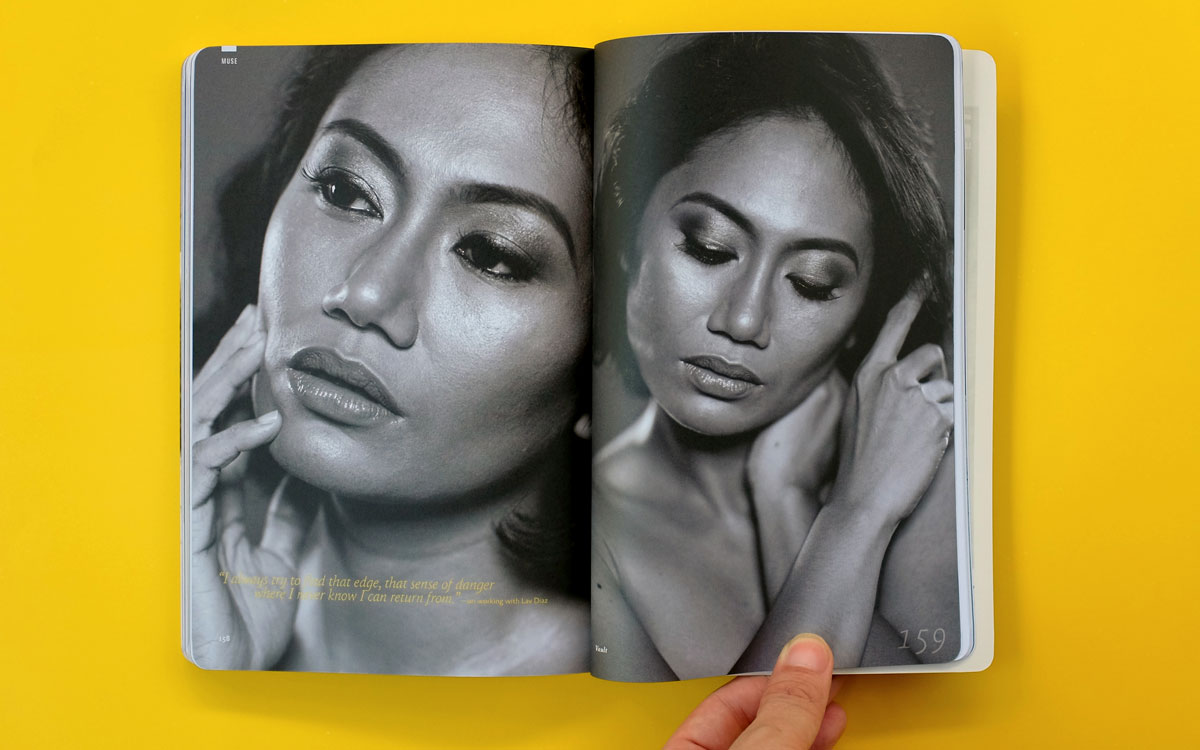 “Her earthy smolder, that movie actress burnish, is something Angeli can and tends to rein in almost to the point of invisibility.” 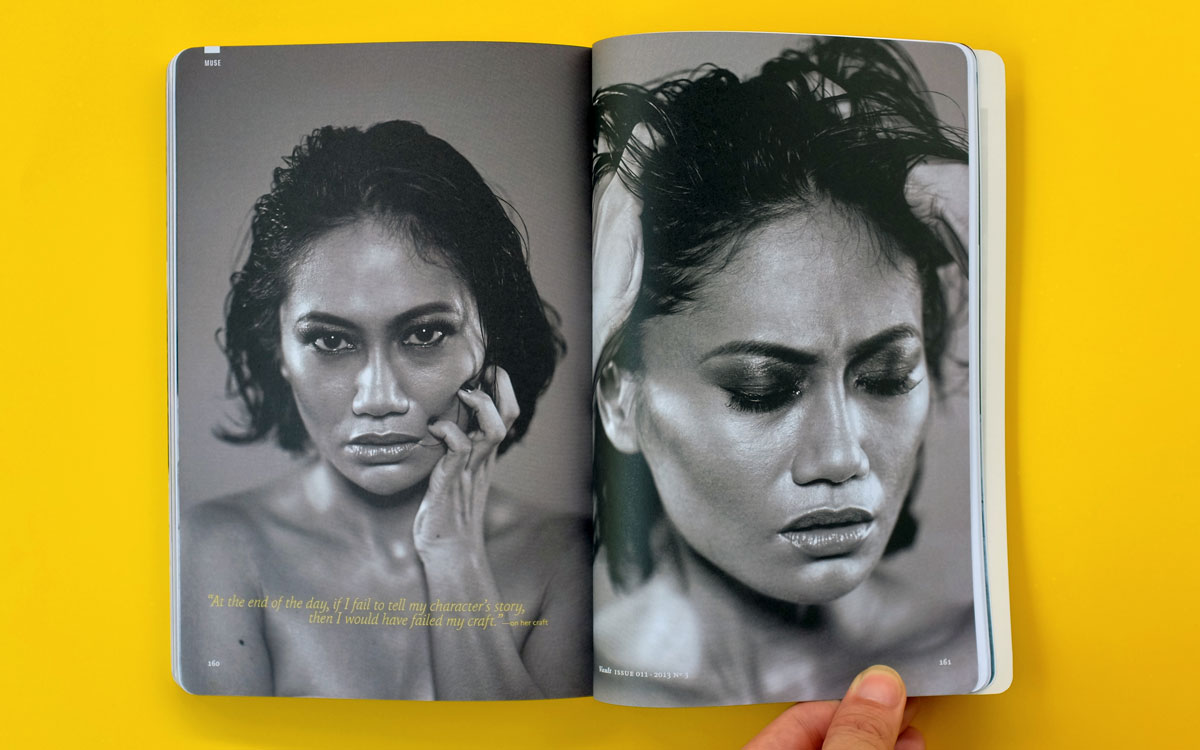 For years, actress Angeli Bayani has been below the radar. Her work, however, has steadily increased in prominence, and her acting prowess has likewise deepened. In 2013, I remember seeing a string of particularly strong performances from her: a difficult torture scene in Ka Oryang, an understated Juliet de Lima in The Guerilla is a Poet, a Filipina maid struggling to adapt in Ilo Ilo, and a humble housewife quietly dealing with the injustices of her world in Norte: Hangganan ng Kasaysayan. (Disclosure: I designed the posters for Norte, and for Ilo Ilo's Philippine release.)

The last two films were highly acclaimed at Cannes Film Festival that year, and Angeli found herself earning the distinction of having two films from two countries competing in different sections of the festival—a first for a Filipina actress. After seeing her performance in Ilo Ilo, director Ang Lee, head of the jury of the Golden Horse Awards that same year, called her “a national treasure.”

Still, despite these achievements, Angeli is not a household name. She is not statuesque, nor does she possess mestiza features, both of which still seem to be the standard for fame as an actress in the Philippines. Her personality is very down-to-earth and unassuming. Despite these—or because of all these—I had no qualms proposing a feature on her in Vault's Muse section, a section dedicated to women who inspire.∎

The challenge was how to feature a star who is, by conventional mainstream standards, not a star.

The approach: Focus on her emotional range. It is difficult for the still camera to capture the understated way in which Angeli inhabits her characters. I planned to do a series of full-page close-up shots that best show the nuances of her face—no color, accessories or clothes, nothing to distract from Angeli herself. Dejection, allure,  tenderness, anger, irritation; as the final images show, the expressiveness of her face is where her beauty best comes through.