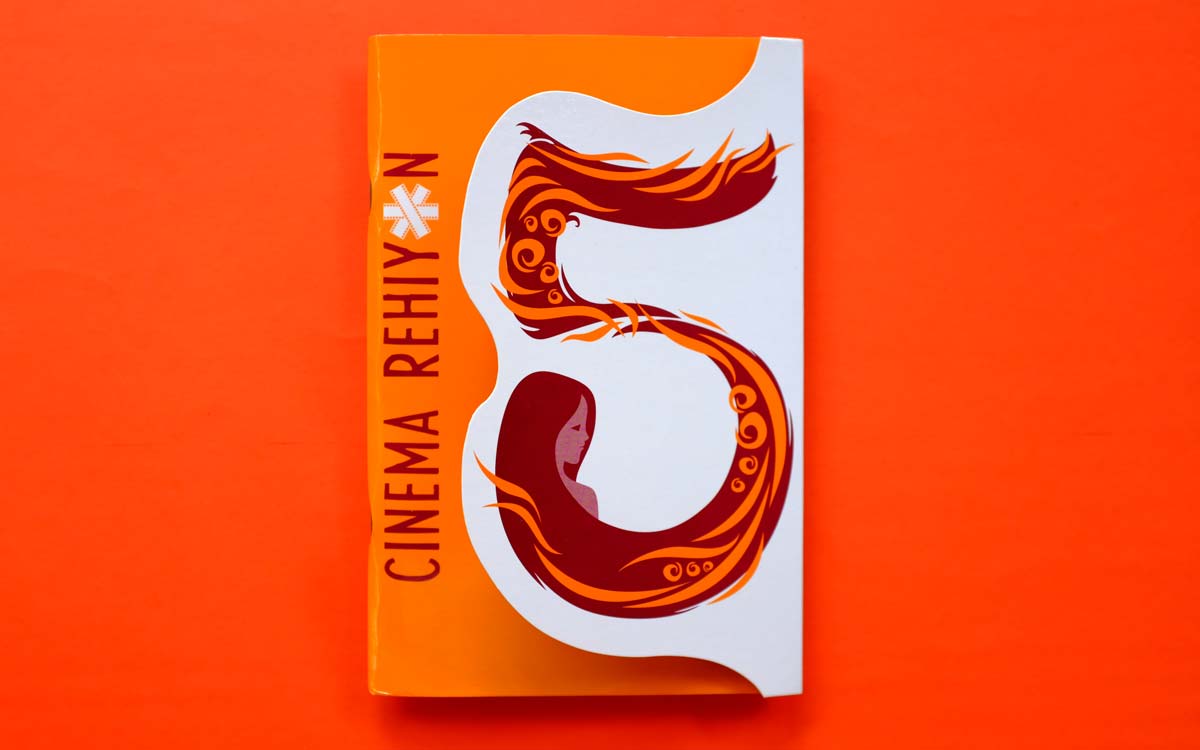 Festival catalogue for the fifth edition of Cinema Rehiyon, an annual festival gathering both short and full-length films from all over the Philippines.

Cinema Rehiyon 5's poster and identity elements conjured Maria Makiling and dynamic mystical energy. The preexisting logo's swirling forms were used throughout the catalogue design, from the curved flap on the cover to patterns in the interior. I paired the festival's bright orange with a deep, earthy red-brown. I used the festival's distressed sans serif font as an accent, complemented by a softly curved serif type with a large x-height for maximum readability. The catalogue had to feel precious enough to be kept, but casual and sturdy enough to be carried around for the duration of the festival. This was solved with inexpensive saddle-stitch binding complemented by a large flap, which protected the edges of the catalogue and gave the cover stronger visual impact. The flap concealed the details of the festival, and upon opening reveals a lively inside cover print reprising forms from the festival logo.

The major challenge with the 100-page catalogue was managing the huge amount of information given the number of films in the festival, but still maintain a sense of ease. We devised a way to present the film credits in a concise manner, and standardized a format for the titles. Films were arranged by region, with an introductory essay by the curator for each island. We even managed to include a guide to shops, restaurants, and basic services in Los Baños, since many of the festival delegates would be coming from outside the town. 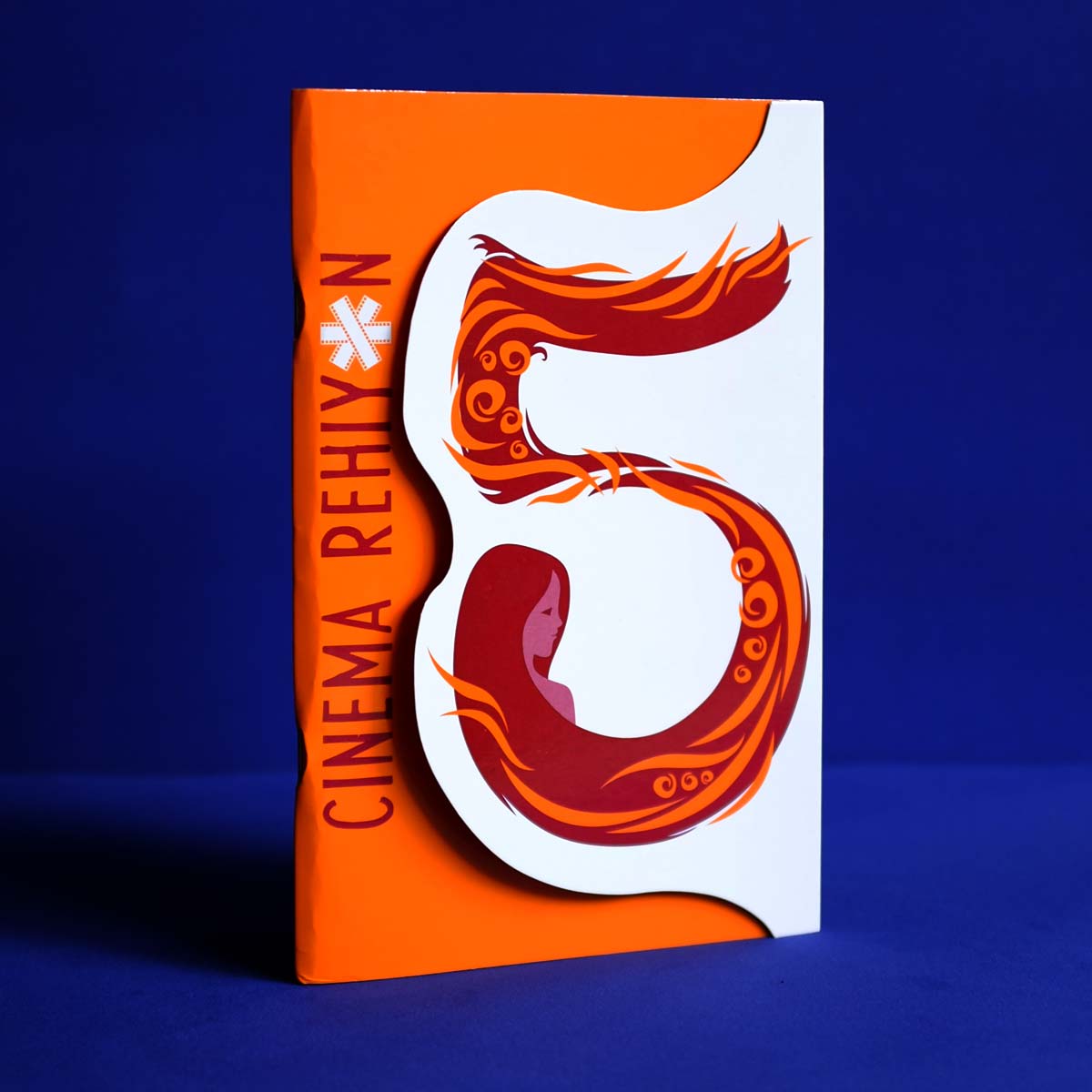 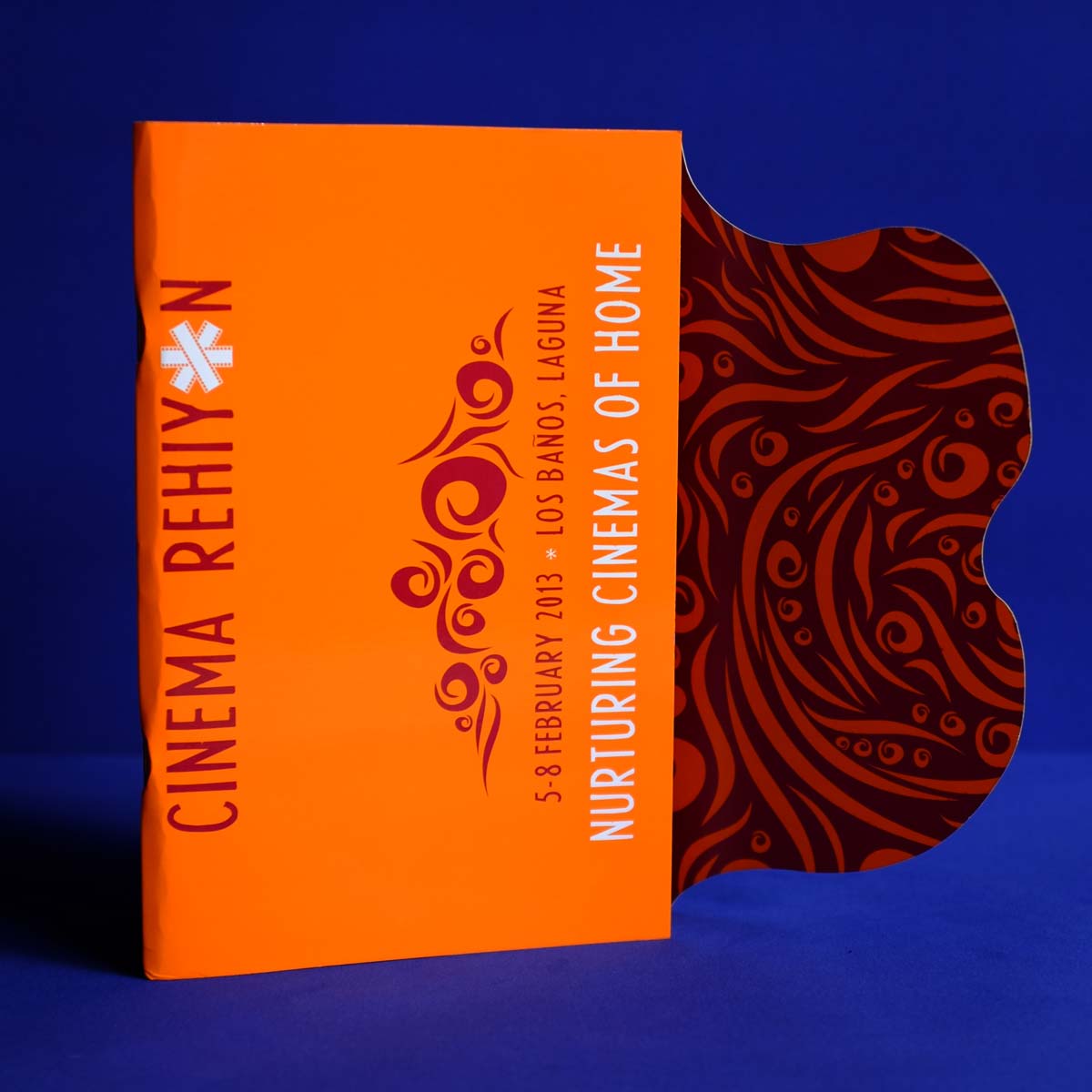 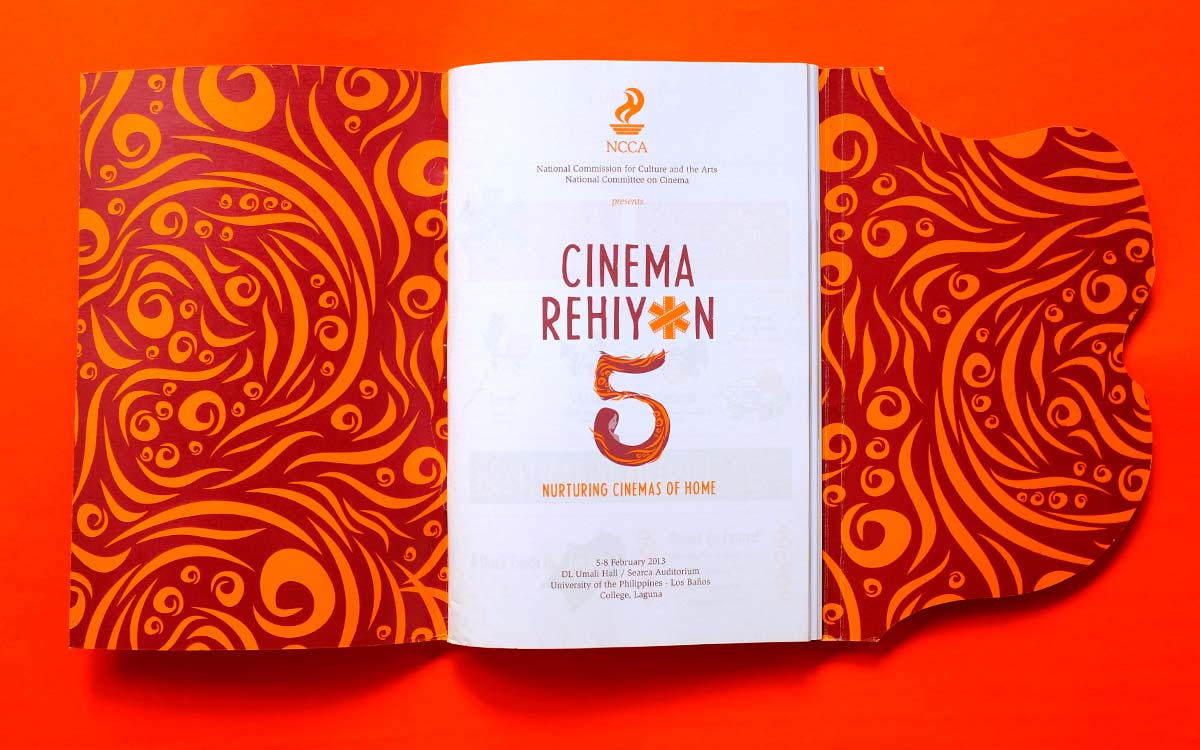 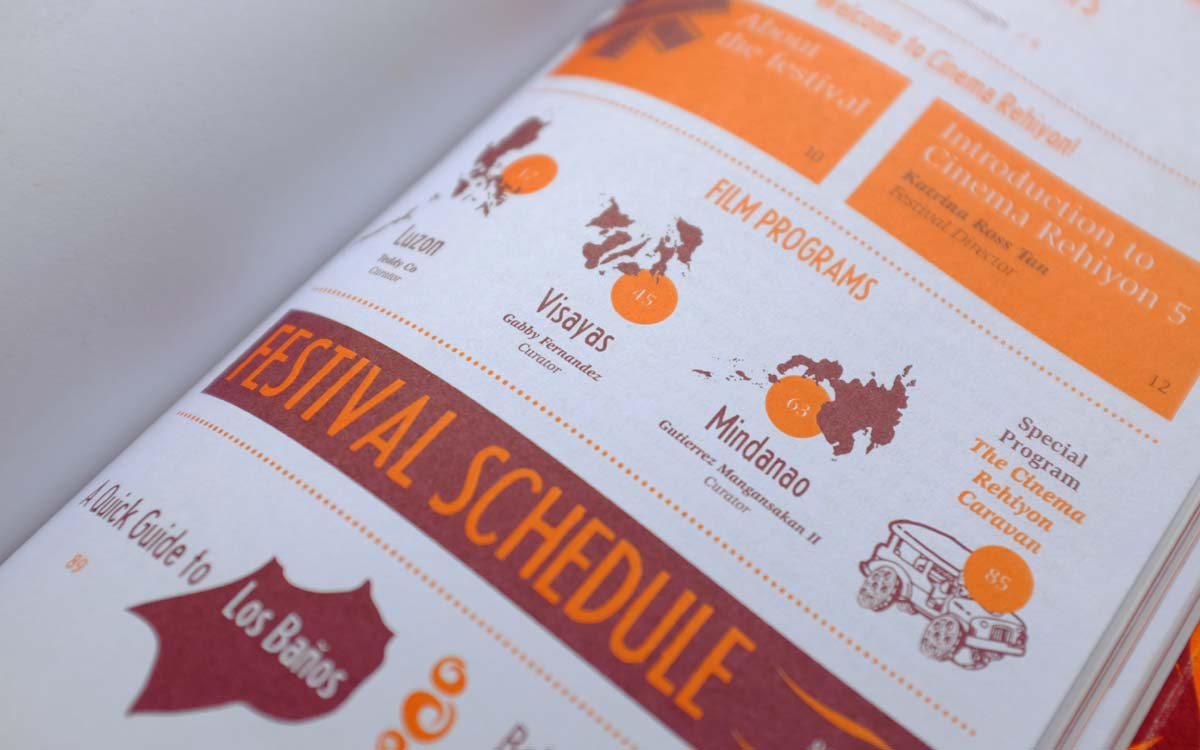 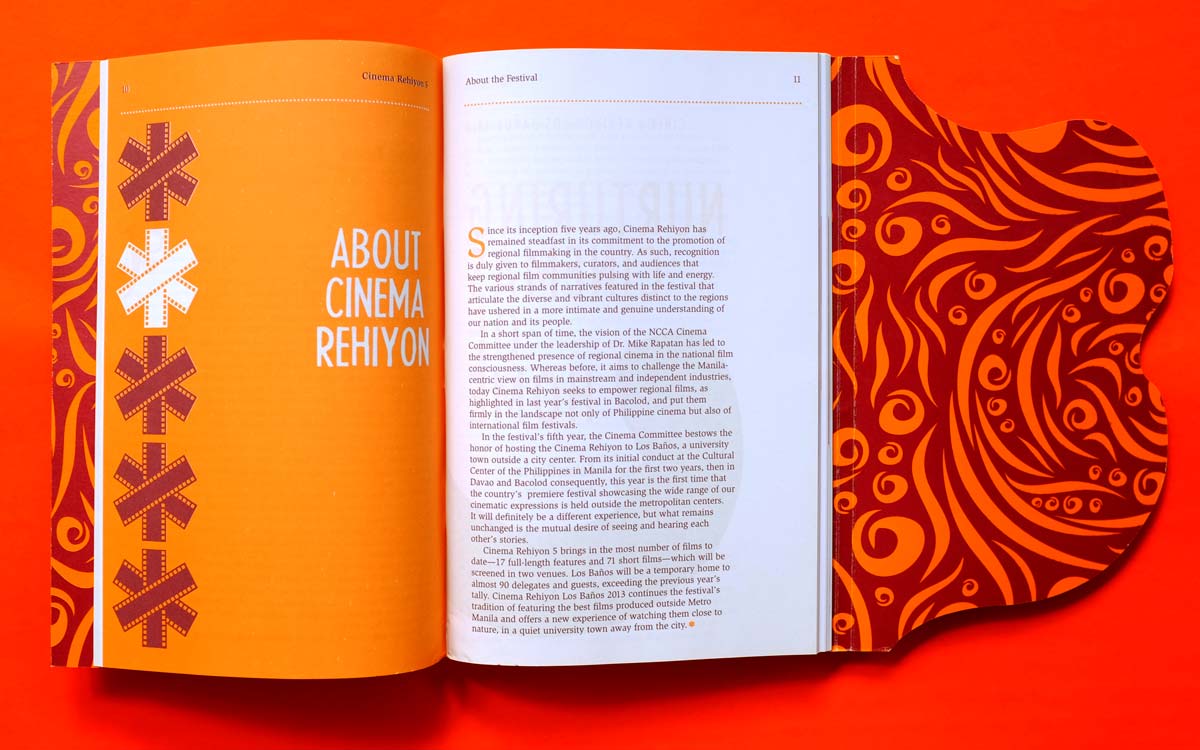 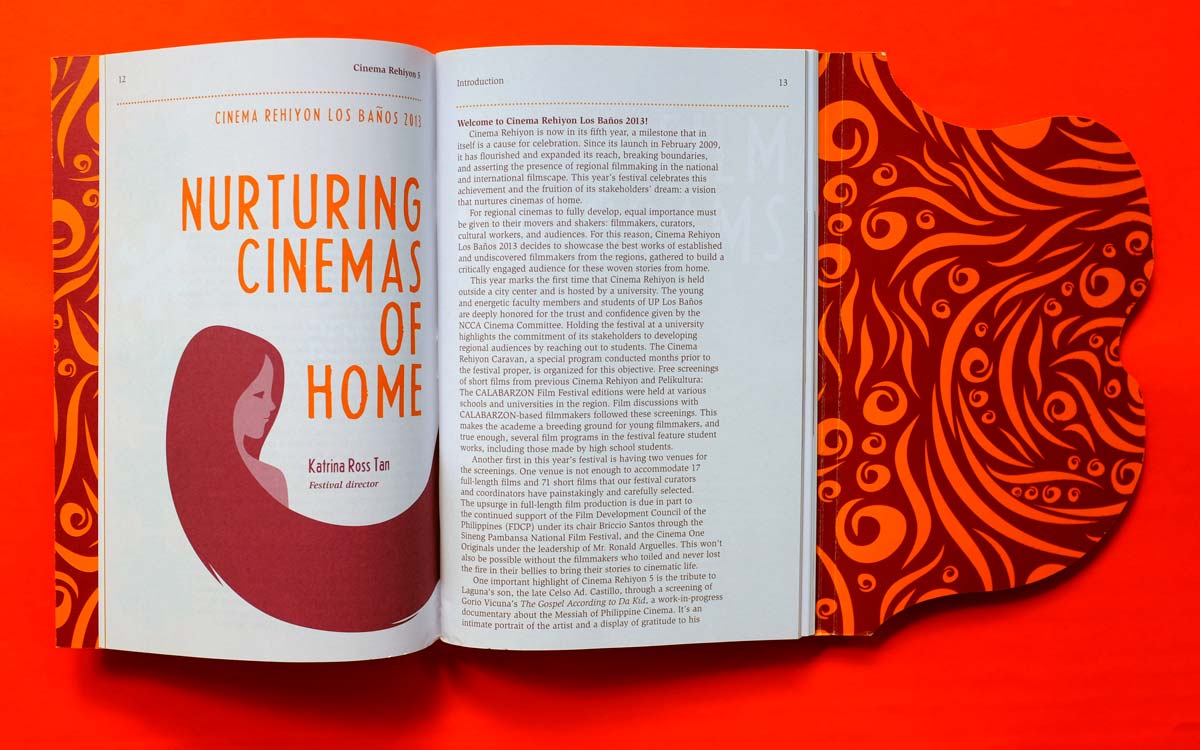 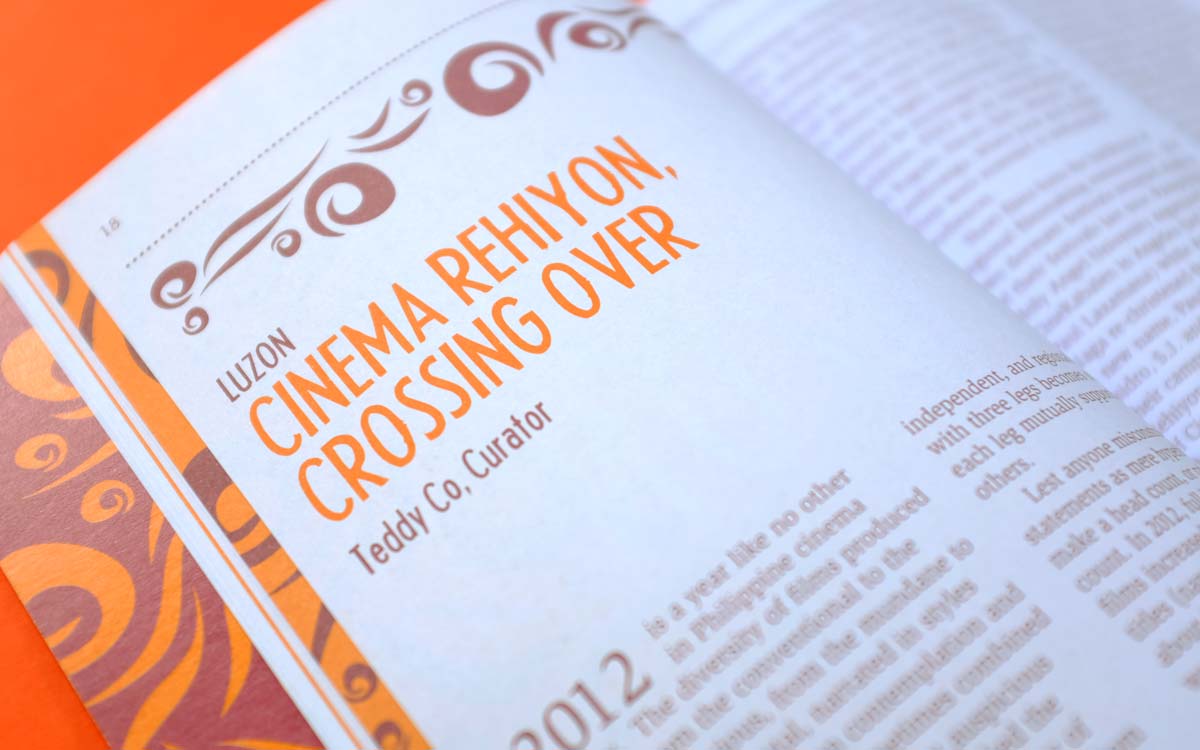 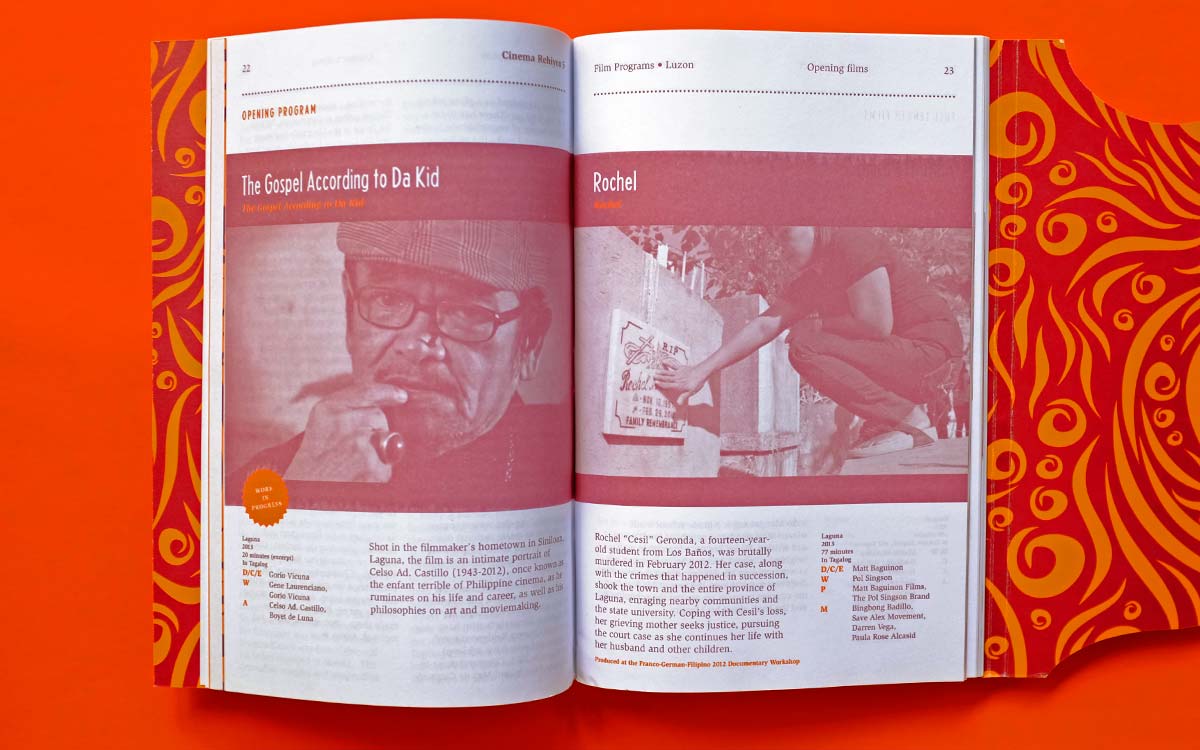 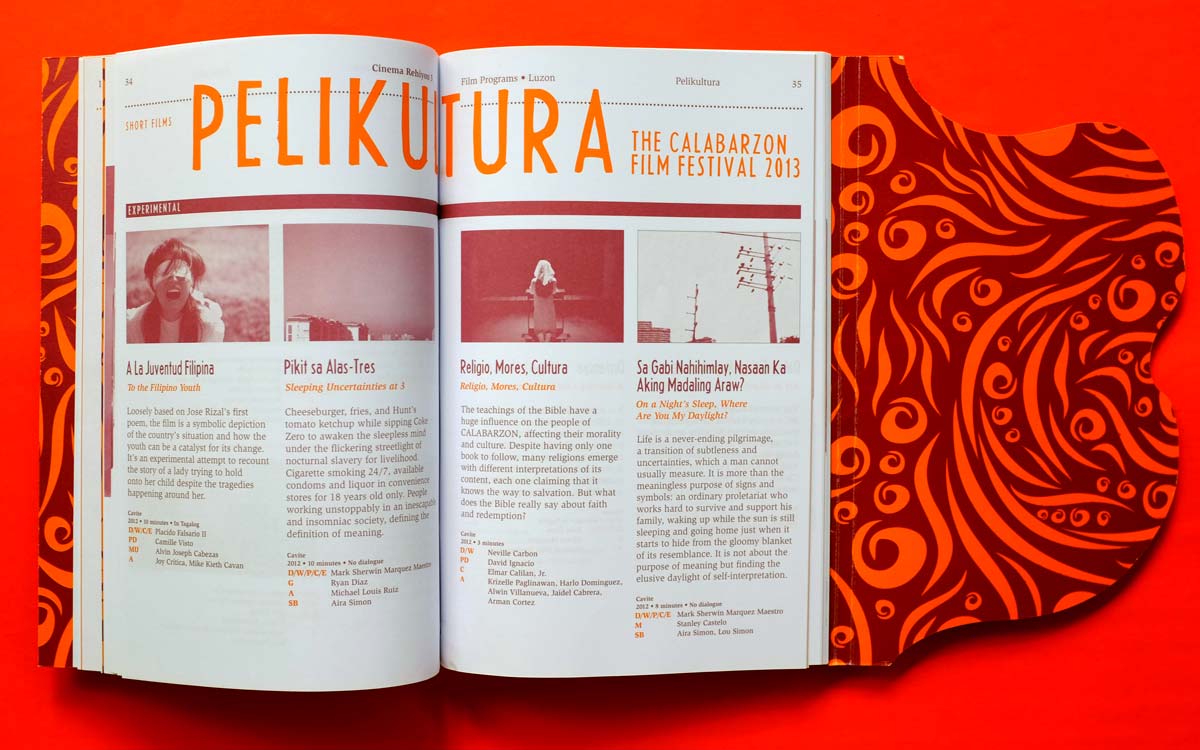 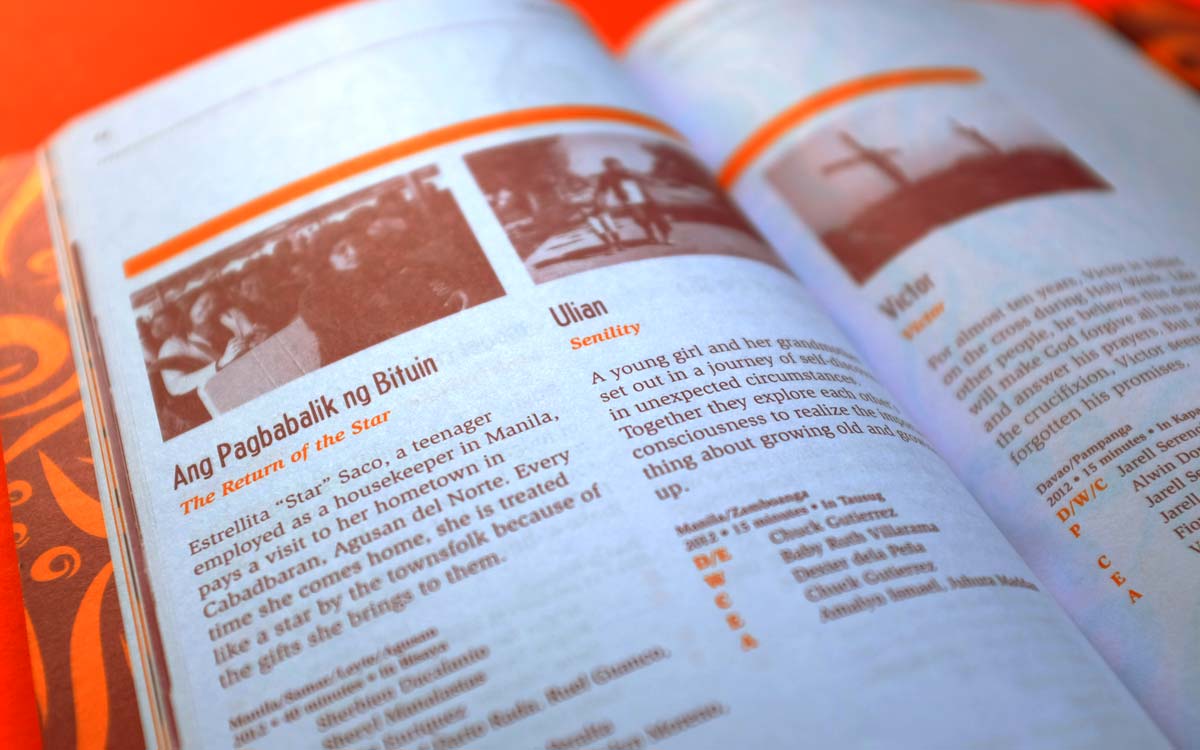 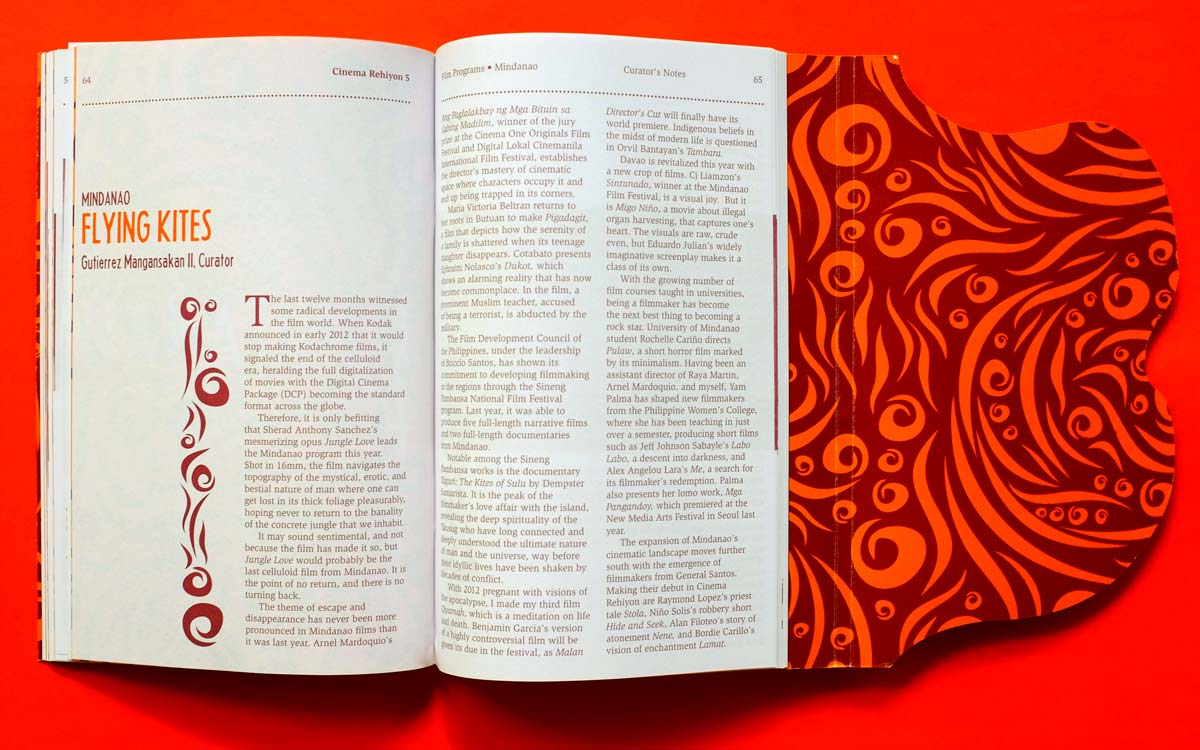 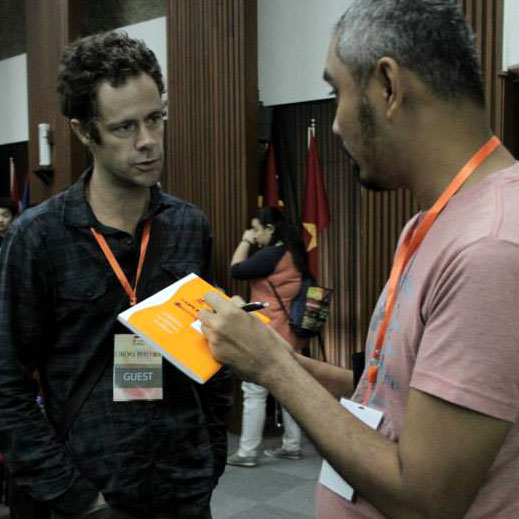 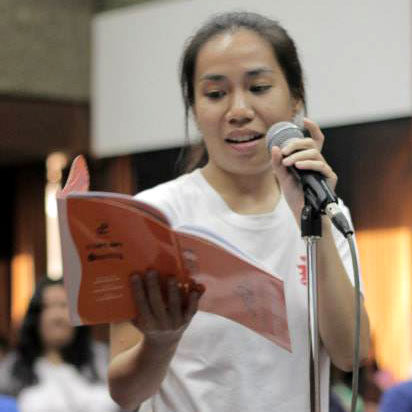