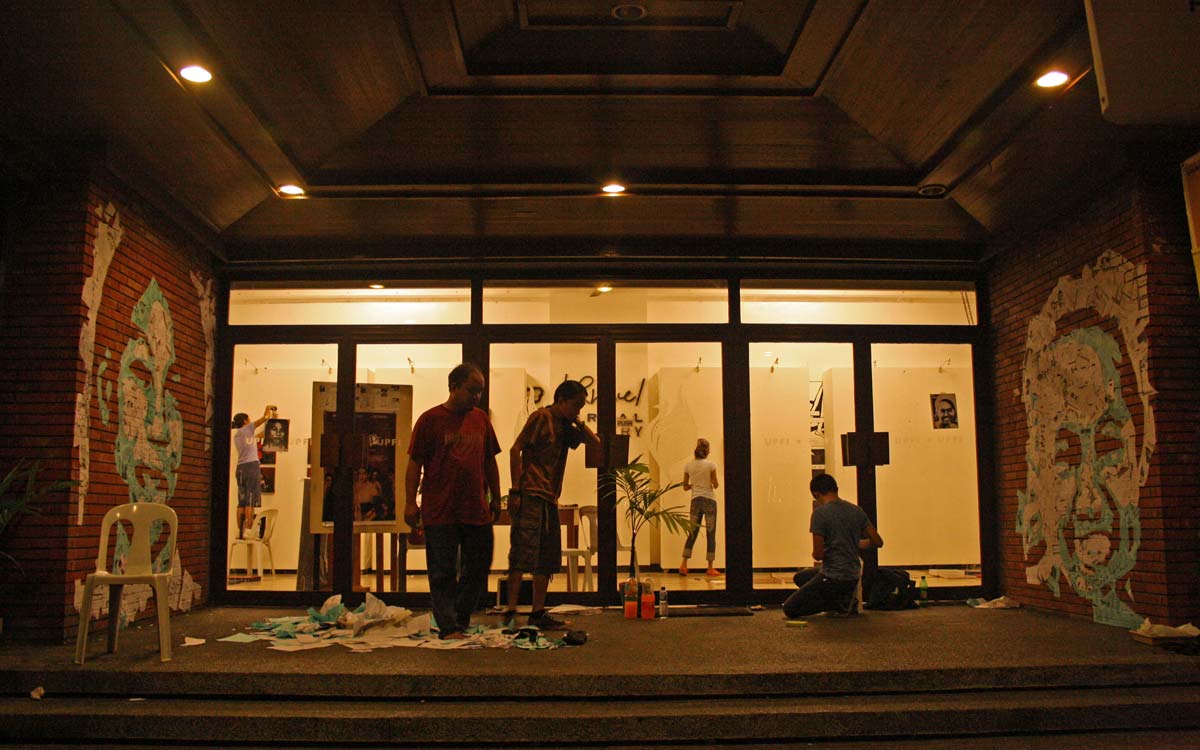 The installation is mounted on the facing walls of the gallery entrance. The images are based on the now-iconic photos of desaparecidos Karen Empeño and Sherlyn Cadapan, which were made prominent in the national campaign for their surfacing.

The images are recreated using pages from history textbooks and language workbooks, as well as children’s drawings.

The use of materials relating to children and education hint at Karen and Sherlyn’s home life, as well as their aspirations. Sherlyn was pregnant at the time of her disappearance. Karen’s mother is a primary school principal, and was at school when she received news of her daughter’s abduction. Both were student leaders during their stay at the University of the Philippines (UP), active in the youth sector’s struggle for basic rights like education, housing, health care and freedom of expression. Their shared struggle, one tacitly yet obviously deemed unacceptable by the state, is for a better future for Filipino children.

About Karen and Sherlyn

On June 26, 2006, bonnet-wearing armed men, suspected elements of the 7th Infantry Division, forcibly entered a house of local folk in Hagonoy, Bulacan, Philippines and forcibly abducted Sherlyn Cadapan, Karen Empeño and Manuel Merino, a local farmer. The armed men introduced themselves as ‘vigilantes.’ Sherlyn, who was two months pregnant at the time, was hit in the stomach as she was shouting for help. Witnesses related that the armed men removed Karen’s shirt and used it to cover her face. They dragged the two women outside and rode off in a passenger vehicle.

Until now, Sherlyn and Karen have not yet surfaced. While the military denied their involvement in their forced disappearance, then Major Gen. Jovito Palparan, head of the 7th ID, immediately accused them of being rebels. In a statement released after the abduction, Gen. Palparan declared that ‘they are better off gone.”

Sherlyn and Karen are student volunteers who went to Bulacan to conduct research on the peasant situation in the province. They are also known student leaders from UP. Sherlyn is an award-winning triathlete and a former College of Human Kinetics representative to the UP Diliman Student Council. Karen, on the other hand, is a Sociology major who was conducting research in the province for the completion of her thesis. They are also active members of Anakbayan and League of Filipino Students, respectively. These youth organizations have been maliciously tagged as ‘communist front organizations’ by the Armed Forces of the Philippines. 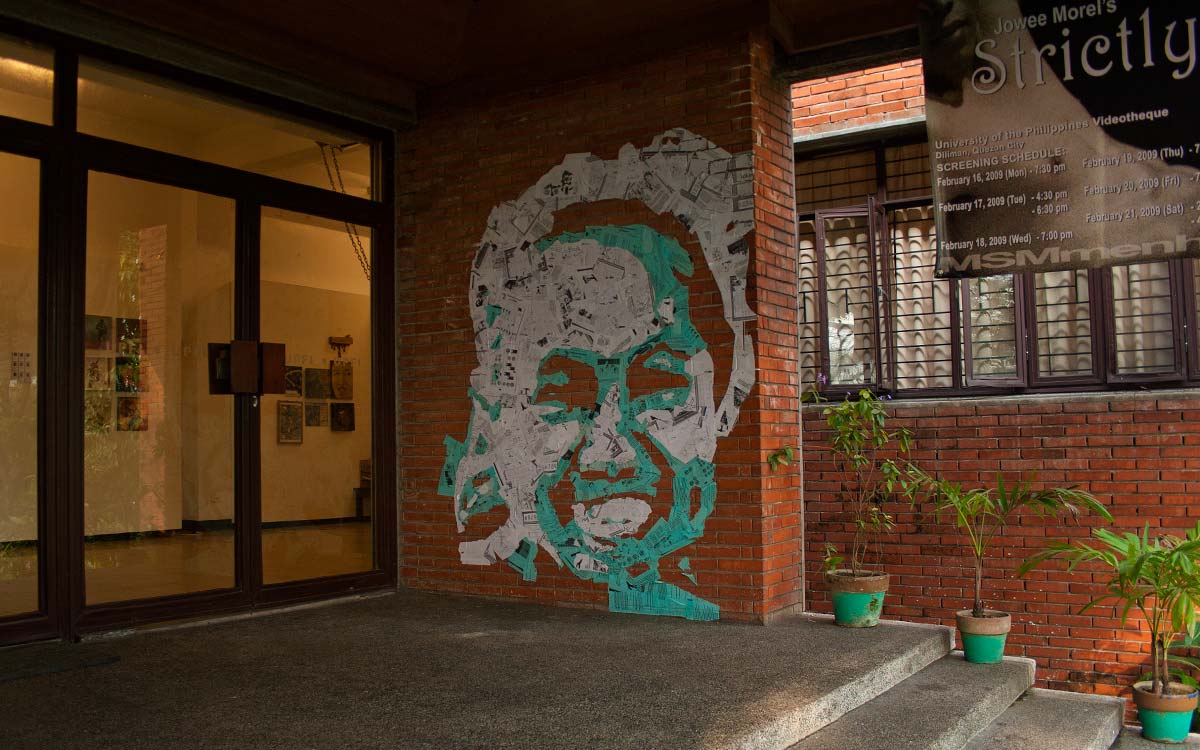 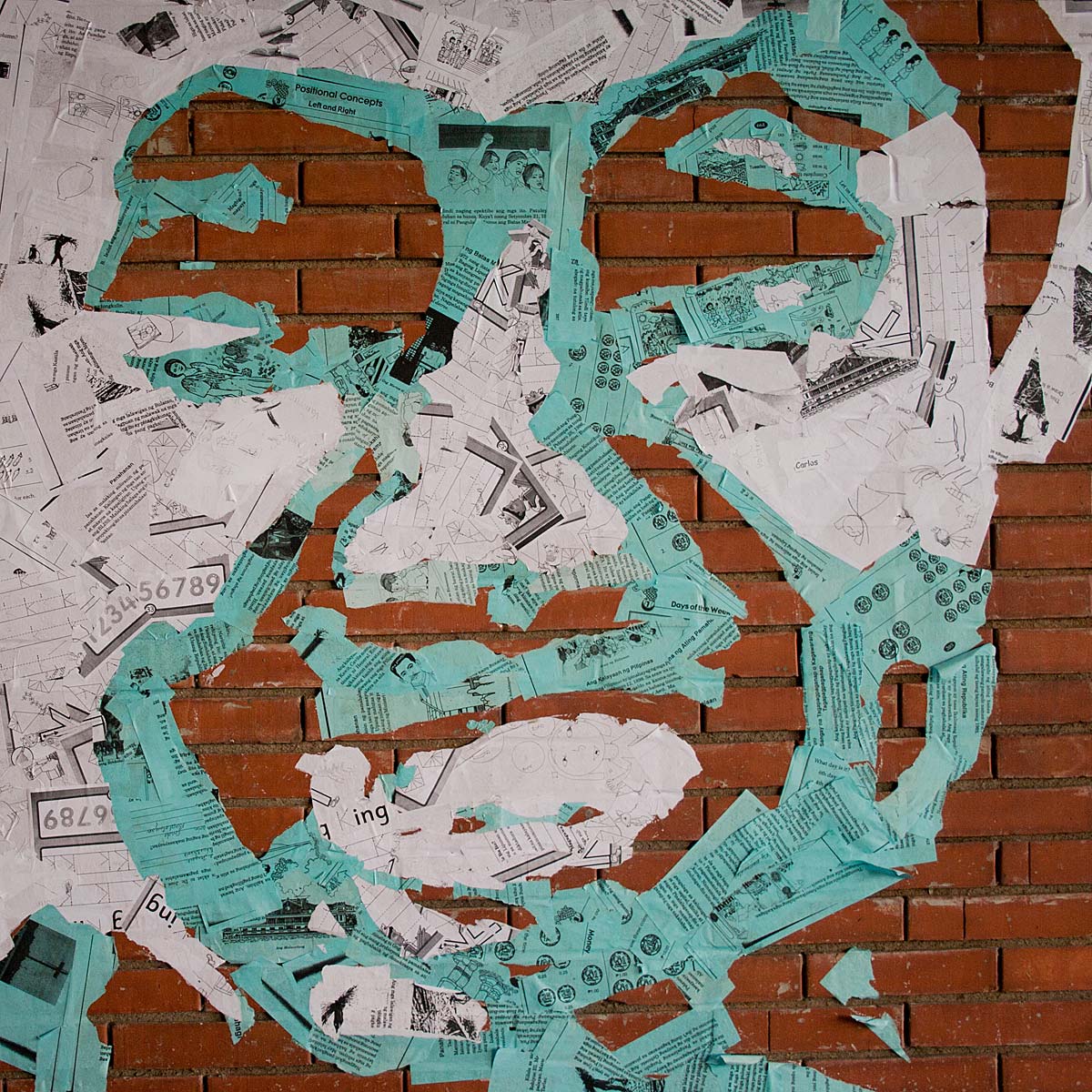 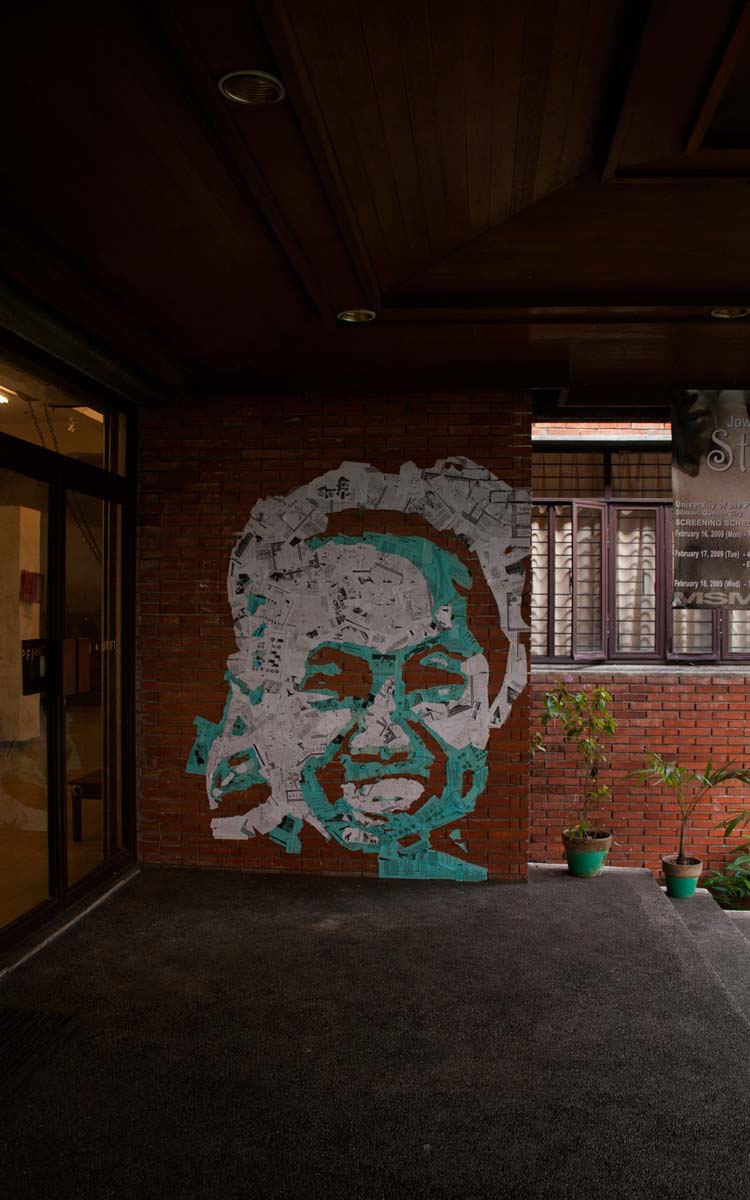 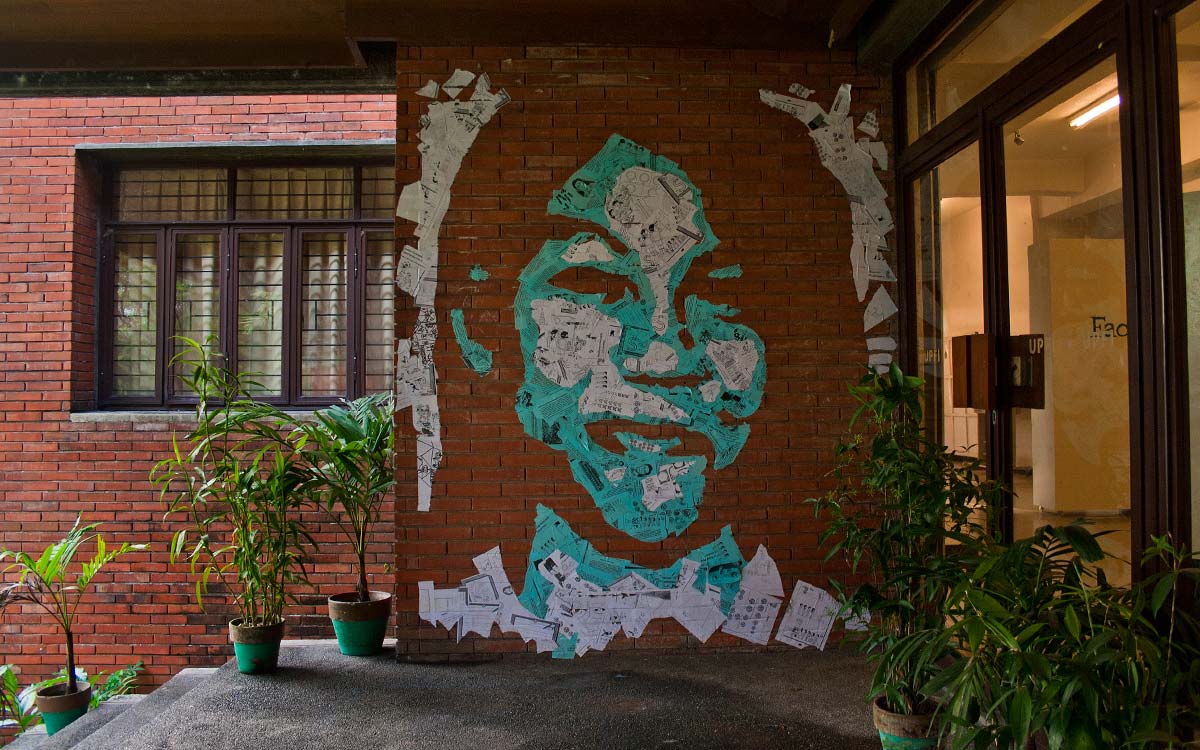 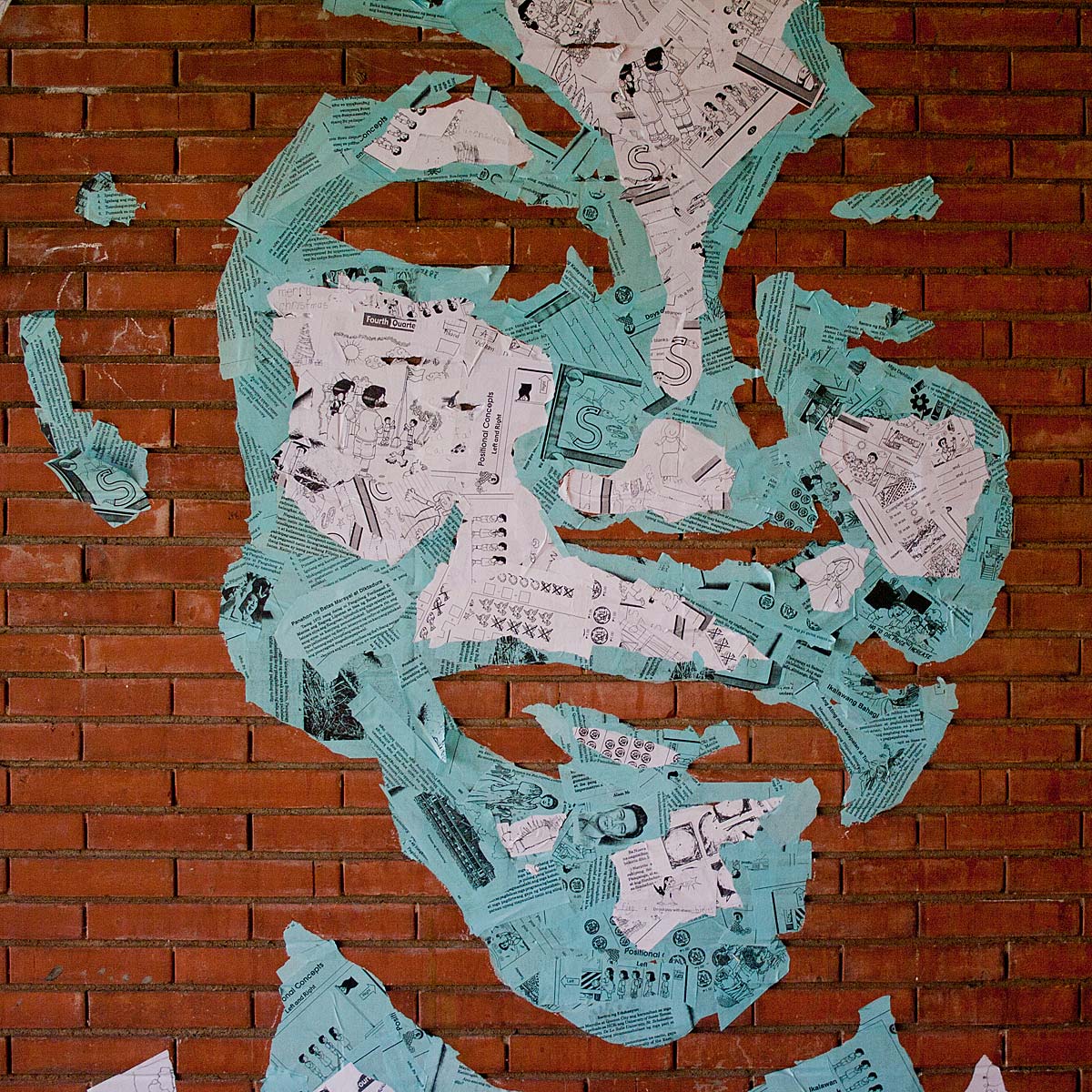 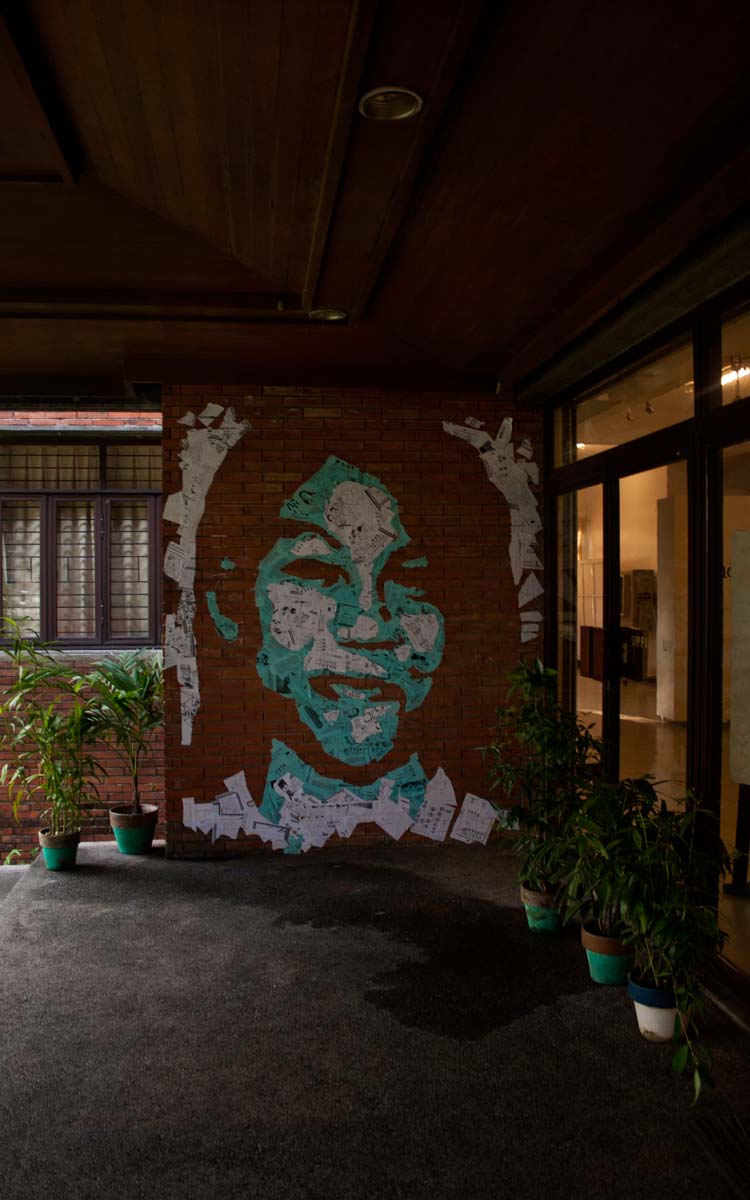 A part of the exhibit Fact Sheet, organized by Artist’s ARREST and KARAPATAN for Cine Veritas 2008

An earlier edition of this installation was part of Between Fades: A Group Exhibit in Four Sections, curated by Yason Banal, 2007