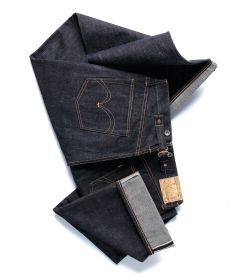 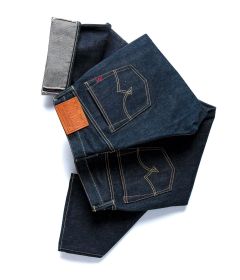 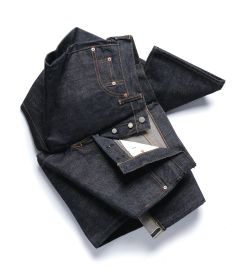 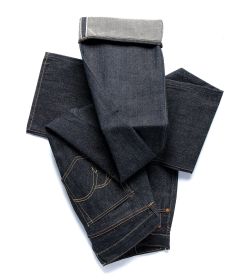 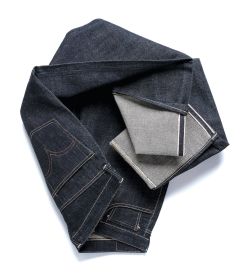 The story was a survey of Japanese denim styles and brands. Denim originated in France but gained widespread popularity in the United States; in post-war Japan, where a curious fetishism of Western culture emerged, local textile producers began to be fascinated with denim. Japanese mastery of craft and attention to detail led to the development of their own selvedge denim, a fine quality cloth which became prized all over the world. As the decades passed, Japanese denim slowly stepped out of the shadow of the West and came into its own.

The denim pieces in the collection we photographed were very stiff, so I decided to play around with architectural shapes that would normally be difficult to create with textile. Inspired by the art of origami, the folds show off the character of the material while making a strong reference to Japanese tradition.