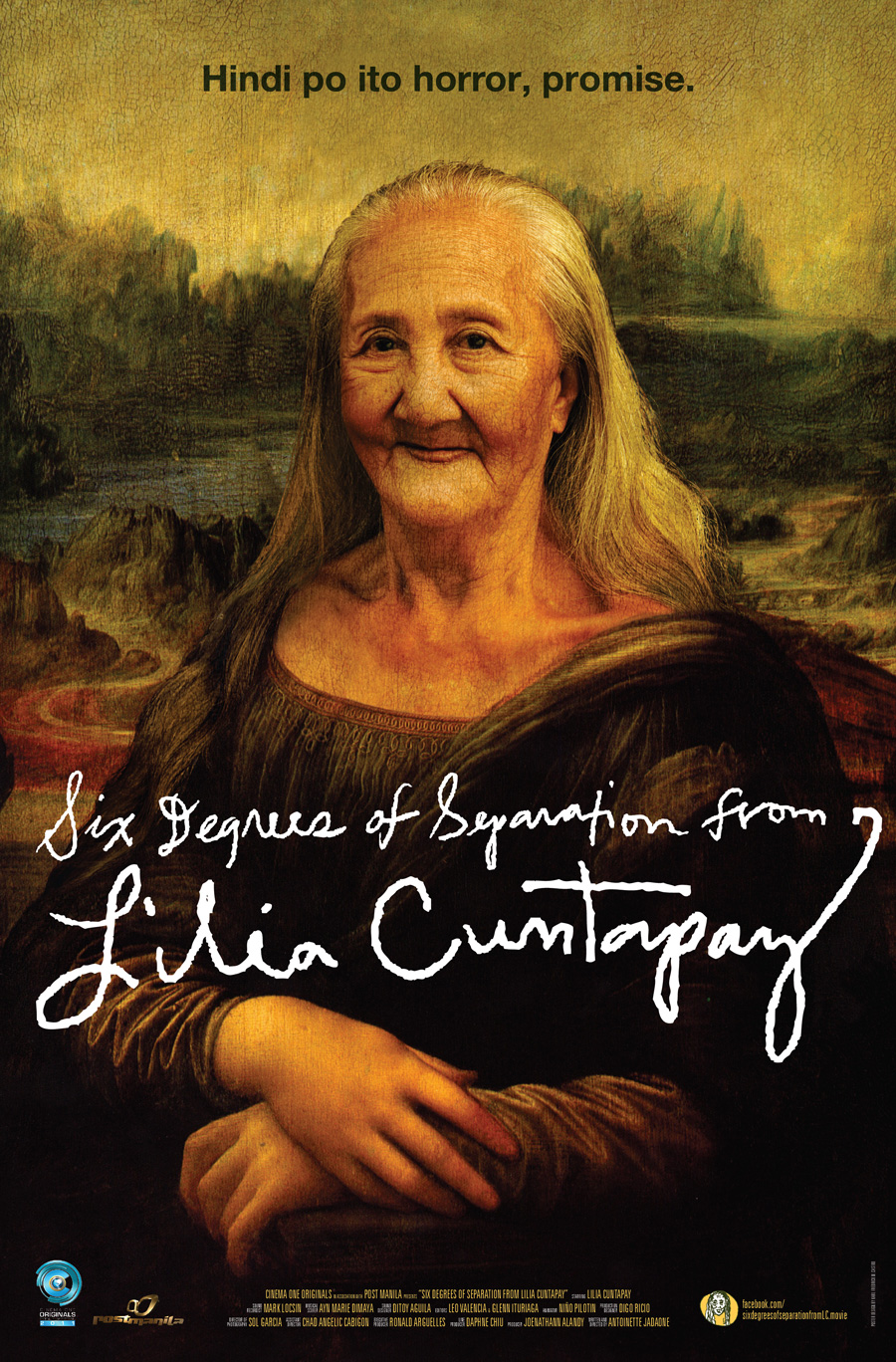 A mockumentary starring Lilia Cuntapay, veteran extra and a fixture in Philippine horror films for more than three decades. Lilia's modest life is shaken up when she is surprised by her first Best Supporting Actress nomination in a local film festival; drama and hilarity ensue. 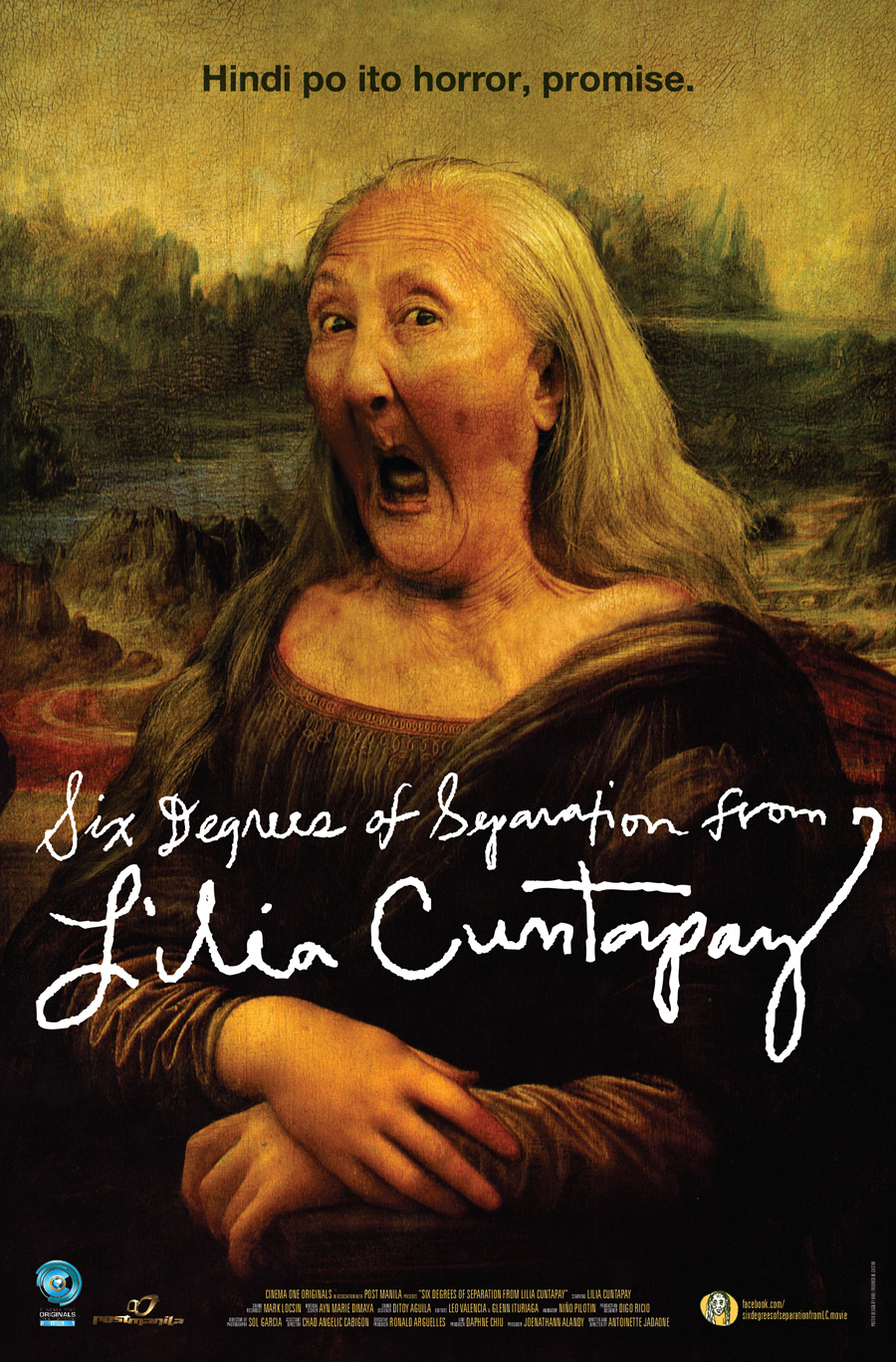 Lilia Cuntapay is a bit of an icon in Philippine horror, so we ensconced her within the form of another recognizable icon, the Mona Lisa. I photographed Lilia in a small chapel in between shooting some scenes, taking care to mimic the posture and lighting of La Gioconda. The typography was based on Lilia's own handwriting, which was also used in the film's animated sequences and intertitles. Two versions of the poster were produced: a simple smiling one, which was used for the initial festival run, and a screaming one, which I preferred because of its dynamism, self-deprecating horror reference, and the intertext with another icon, Edvard Munch's The Scream. The screaming version was used in the film's commercial run.