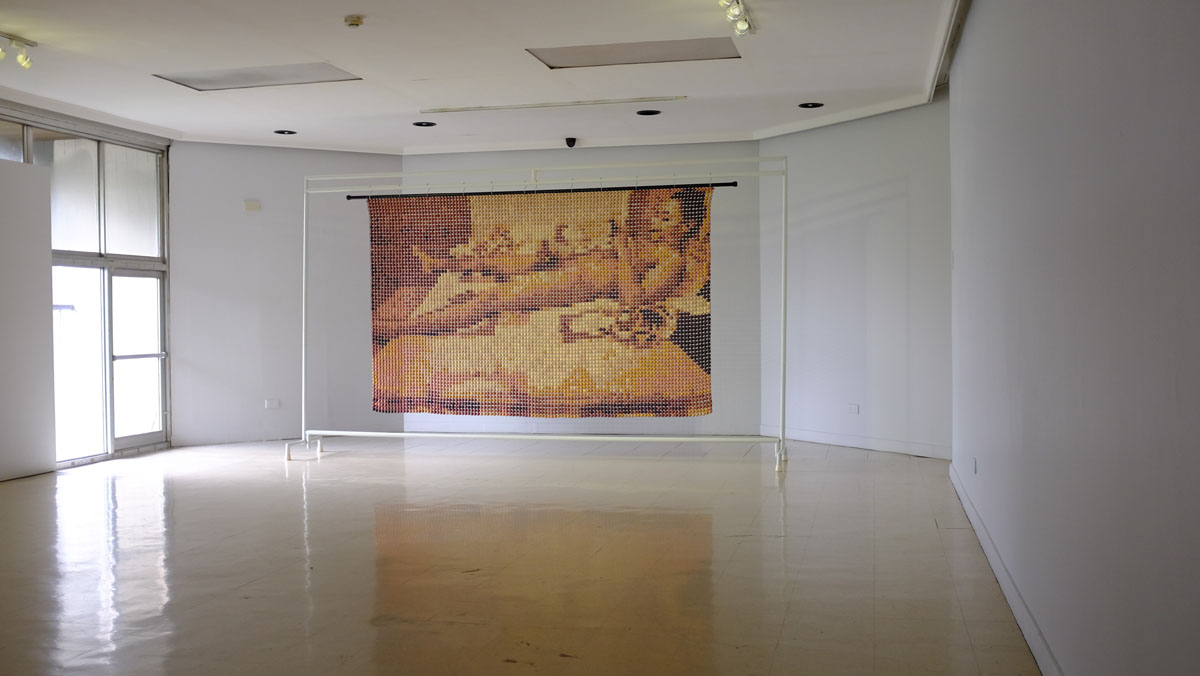 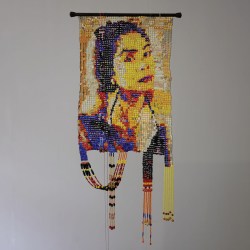 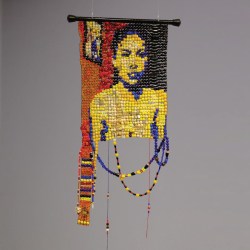 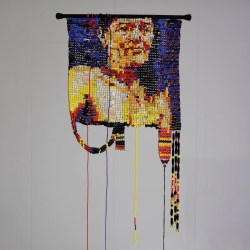 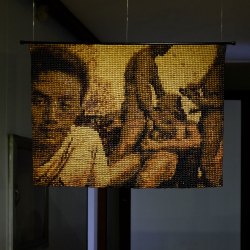 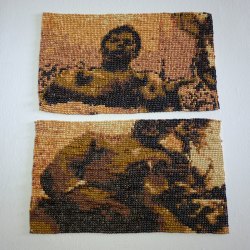 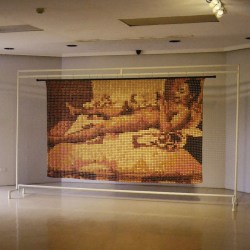 Not “filming life unawares” for the sake of the “unaware,” but in order to show people without masks, without makeup, to catch them through the eye of the camera in a moment when they are not acting, to read their thoughts, laid bare by the camera.

Kino-eye as the possibility of making the invisible visible, the unclear clear, the hidden manifest, the disguised overt, the acted nonacted; making falsehood into truth.

—from The Birth of Kino-Eye, Dziga Vertov

If Dziga Vertov were alive today, he would perhaps be bemused. The potential power of the camera, which the Russian filmmaker championed at the dawn of the 20th century, has reached its zenith today. In 1923 Vertov wrote that the camera “freed [itself] from human immobility,” able to show dynamic views of city and industry never before possible with human eyes. That novelty has long passed; through smartphones and nanotechnology, cameras have become so much a part of everyday life. They are a complex system of surrogate eyes, extending and supplanting our ways of seeing—and, subsequently, becoming vital in shaping our worldview.

For Filipinos in particular, the camera is deeply connected to large-scale mobility. As film technology transitioned to digital, photographic prints gave way to live streams and video calls, all part of the basic instinct to maintain ties, both personal and collective, beyond diaspora’s limits of time and space. More than half our population is on Facebook, and we have more mobile subscriptions than we have people. We are the most active social media users in the world, logging an average of more than three hours a day. Perhaps we have, in some form, realized Vertov’s goals: the Kinoglaz, the “film-object,” and Kinopravda, “a visual radio to the world.” Today, in the age of cable networks, YouTube, and Instagram, those with access interface more with images of the world than with the physical world itself.

My works are drawn from this stream. I use ephemeral images from the hypervisual feed—themselves artifacts that reveal much about our economic and social spheres—and transform them into analog renderings as beaded tapestries, in the same way that Filipino indigenous people distilled elements of a more primeval landscape (mountains, flora and fauna, human forms) as motifs in their ritual textiles.

I chose images of quotidian moments, broadcasted by unnamed working-class Filipinos. Ordinariness and anonymity are key elements in this exhibition, and not by accident. Throughout history, names are only ascribed to the memory of a select few, more often than not to the era’s aristocrats and their associates. The Jorge B. Vargas collection is one such example, but even within its collection, one can still glean the presence of the unnamed. What I wish to articulate is the story of common folk, and how, even in private and disposable moments on camera, we can still observe the politics of body, labor, pleasure, and class,  and in the process read the makeup of the social order.

In this exhibit, I also play with gendered approaches to representation, as seen through three different modes of image-making. The first is the painter, as seen in paintings from the Vargas collection. These portraits of women employ body language that suggests docility and domesticity, the orthodox role of women being objects of desire and providers of care. Next, the still camera is represented by photographs of the last Far Eastern Championship Games, held in Manila in 1934, also from the Vargas collection. In these images, the male body is an aspirational presence, a spectacle of strength and action. Lastly, the moving image is embodied by my tapestries, which reproduce a similar gendered binary.

The historicity of these modes—painting, photography, cinema—is inextricably linked to the visualization of bodies, whether as collective ideals, symbols of social status, markers of culture, or simply, objects of everyday desires.

Vertov’s 1929 film Man with a Movie Camera depicted weaving as an indicator of social conditions, a spectacle of industrialization in the Soviet state. He purposely drew attention away from human bodies and drama, instead focusing the viewer’s gaze on the dance of spinning gears and bobbins, to mechanization as visual proof of human progress. Karl Marx, in The German Ideology, describes weaving as a forerunner of industrialization, “the first labor to receive an impetus and a further development through the extension of commerce. Weaving was the first and remained the principal manufacture.”

Marx’s analysis of the rise of manufacturing and the emergence of competitive trade among nations vis-à-vis the development of weaving shows that whether handmade or manufactured, woven into each cloth is the story of its genesis. Traditional Philippine weaves, whose motifs and materials carry the narratives of their communities, reflect changing environments and beliefs. Contemporary mass-produced textiles and garments likewise bear the discourse of the Philippines as a global supplier of raw materials and labor.

Beads are equally charged with meaning. Currency, jewelry, talisman: beadwork embodies the history of trade and social organization in the Philippines. Various cultures in the Philippines—from the Gaddang in the north to the Bagobo in the south—string, sew, and weave beads together as part of their material culture. Beads of stone, glass, and gold are some of our earliest relics; some ancient pieces incorporate beads from as far as China, India, and Venice. In my tapestries, I use a variety of materials: custom-dyed wooden beads manufactured in Cebu; a few antique beads from heirloom pieces; various glass, shell, wood, metal, and plastic beads purchased from traders in Manila. I mix them together, playing with scale, color, and texture. The female portraits are rendered in the palette of Cordillera beadwork. I weave each piece by hand using a mix of cotton and nylon cords. Like the beaded straps of the Maranao lotoan, my tapestries are loom-woven.

By rendering fleeting contemporary images in a manner inspired by traditional techniques, I wish to make sculptural objects that speak of our time. As with Vertov, in this exhibit I intersect textile, image, body, and machine to embody a particular moment in the history of material production, and therefore, political economy. In Social Fabric, the politics of the everyday is visible in all these images and materials which lie in plain sight. ∎