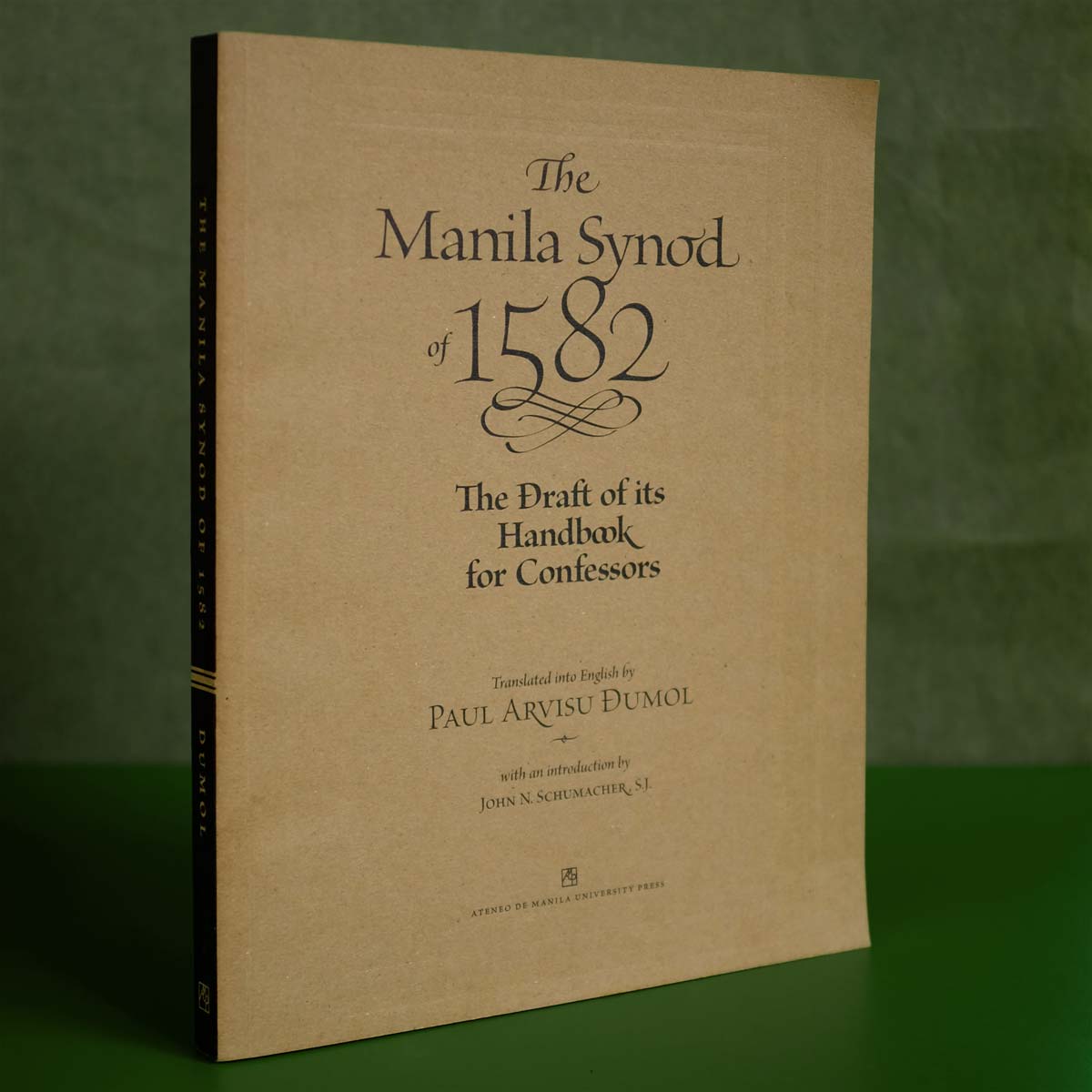 The Manila Synod of 1582: The Draft of Its Handbook for Confessors

A seminal English translation of the two surviving drafts of the Manila Synod of 1582, with annotations. The influential document is an unwitting record of the atrocities suffered by Filipinos under Spanish colonizers, and the first bishop of the Philippines's more benevolent view with concern to native Filipinos' rights.

There is no surviving copy of the original Spanish document. All that remains are two drafts, both copied by hand from the original document: the first draft, and the second draft, which is basically an annotated version of the first draft, with comments as footnotes. Dumol meticulously untangles the issues and problems that arose in the process of transcription and annotation, including errors in copying and translation. This is seen in the documents' three sets of footnotes: the author comments on both the text and the 17th-century footnotes in the second draft.

In the design, I try to present this complex document in a way which will give the reader the most ease. The large page size is conducive to close scrutiny of the text; the spacious margin gives the eye a rest, and makes room for the author's two sets of comments in two separate columns for easy reference. The type is subtly calligraphic, referring to the handwritten nature of the Synod documents, without being distracting to the content. The author's contemporary notes are in a neat sans serif to differentiate it from the original text and annotations. Overall, the design rests on a strong grid and restrained type.

The cover stock is a rough cardboard whose informality adds to the draft nature of the document; it will also quickly accrue a patina through handling over time. This informality is balanced by the centered type and antiquarian calligraphic flourishes, as well as a subtle blind-embossed frame. 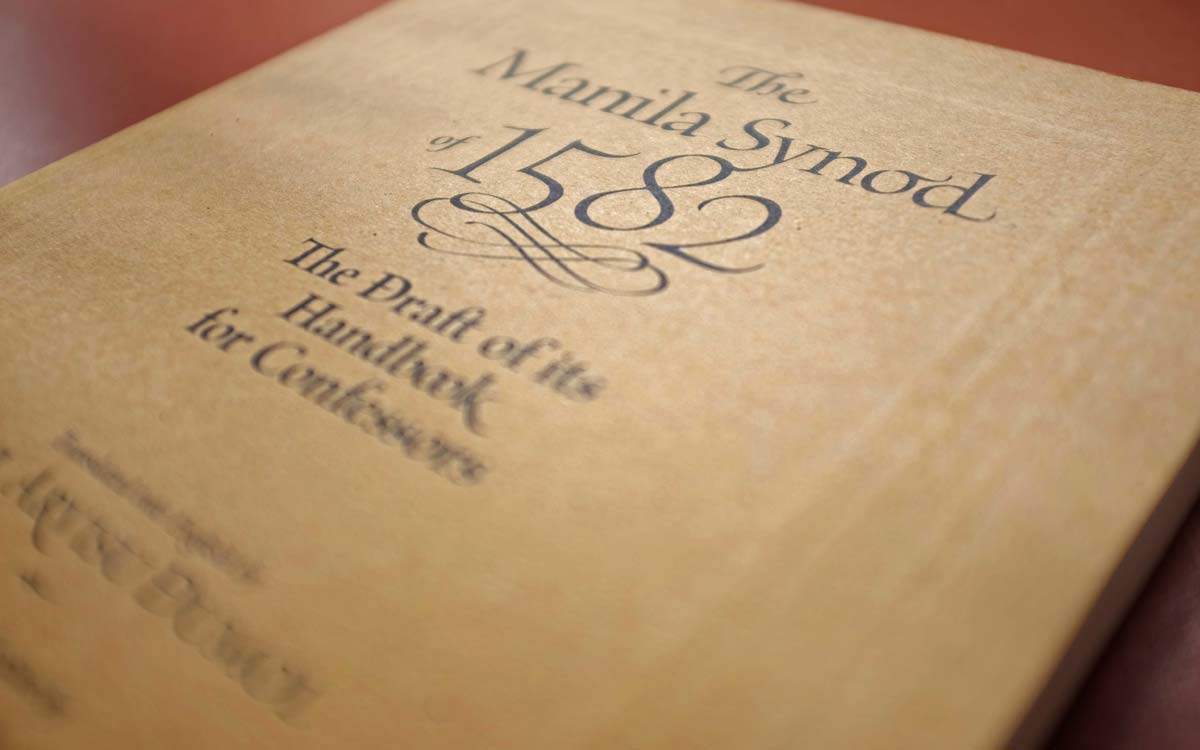 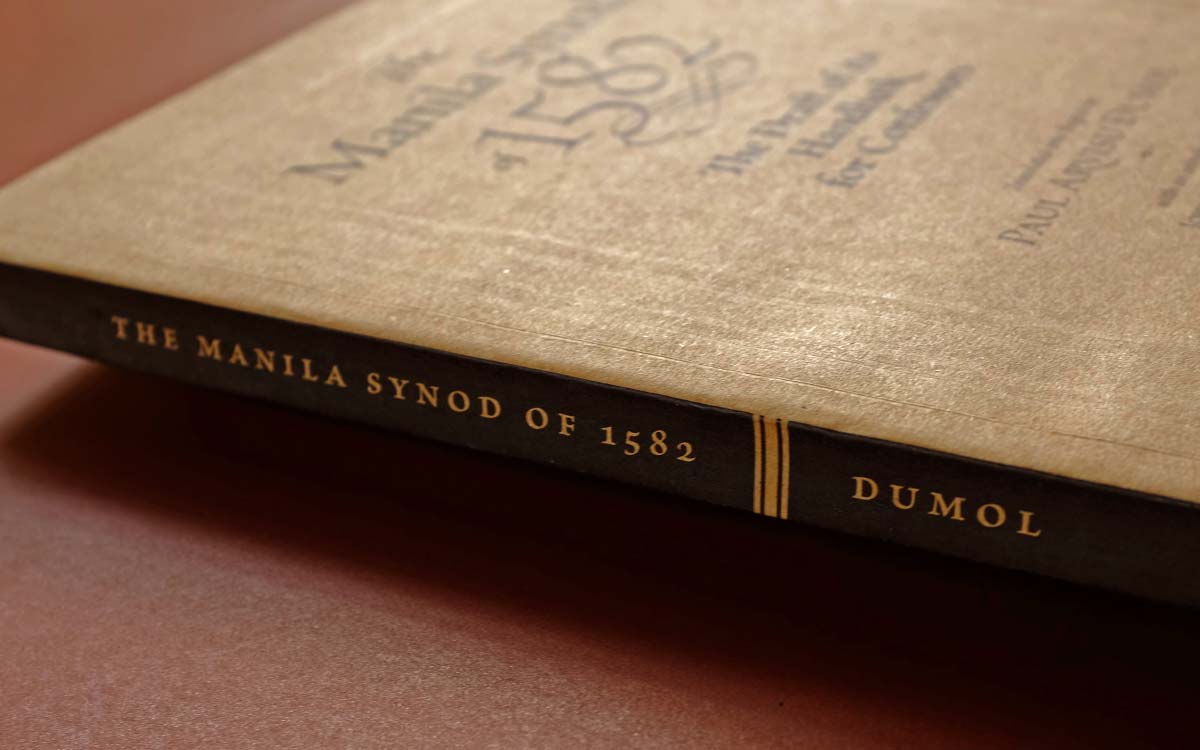 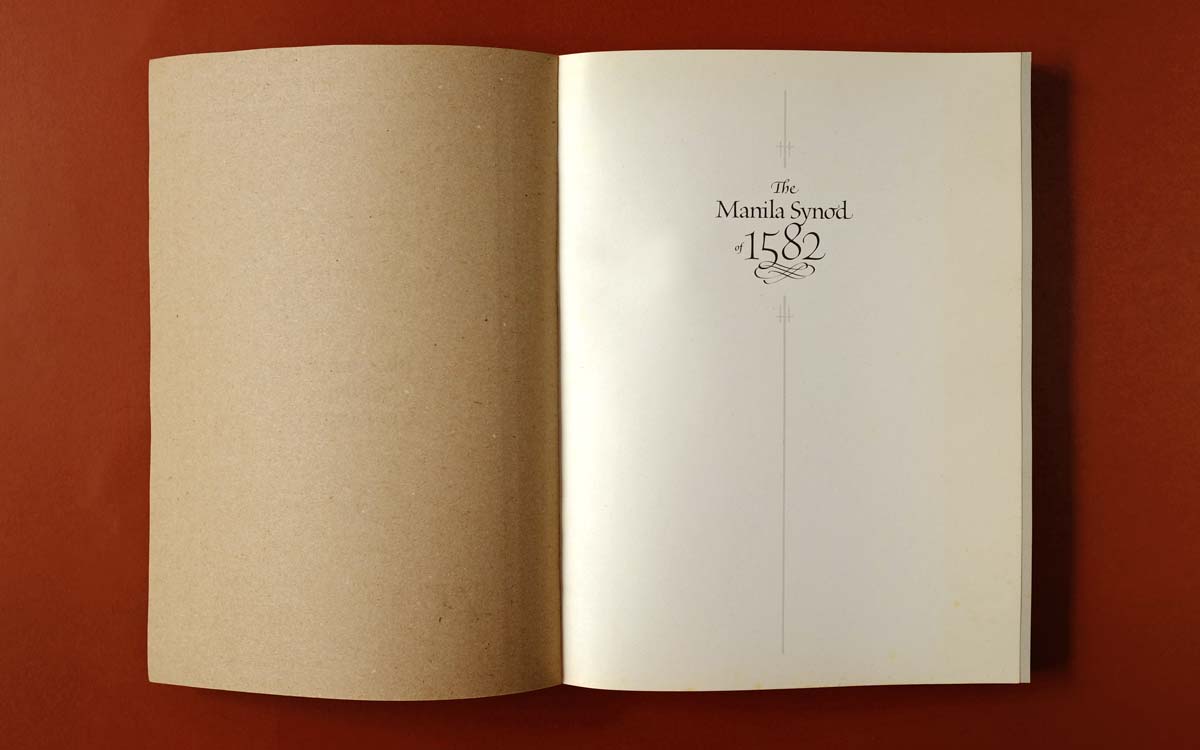 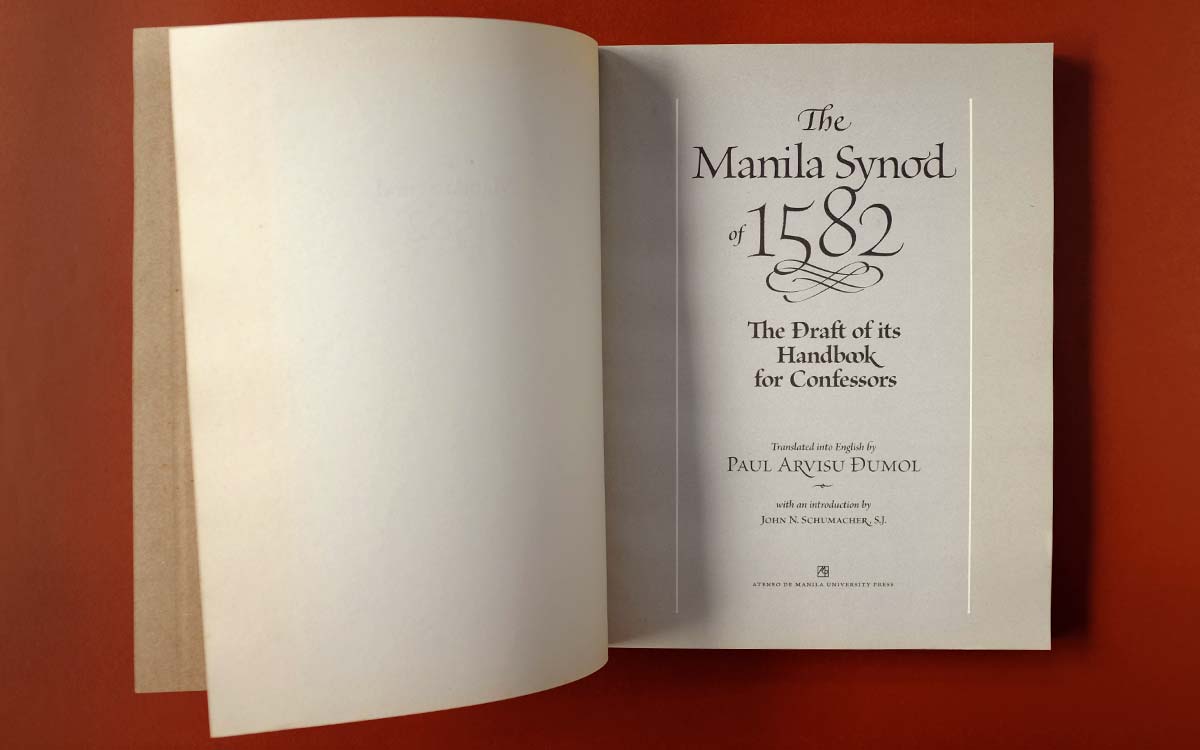 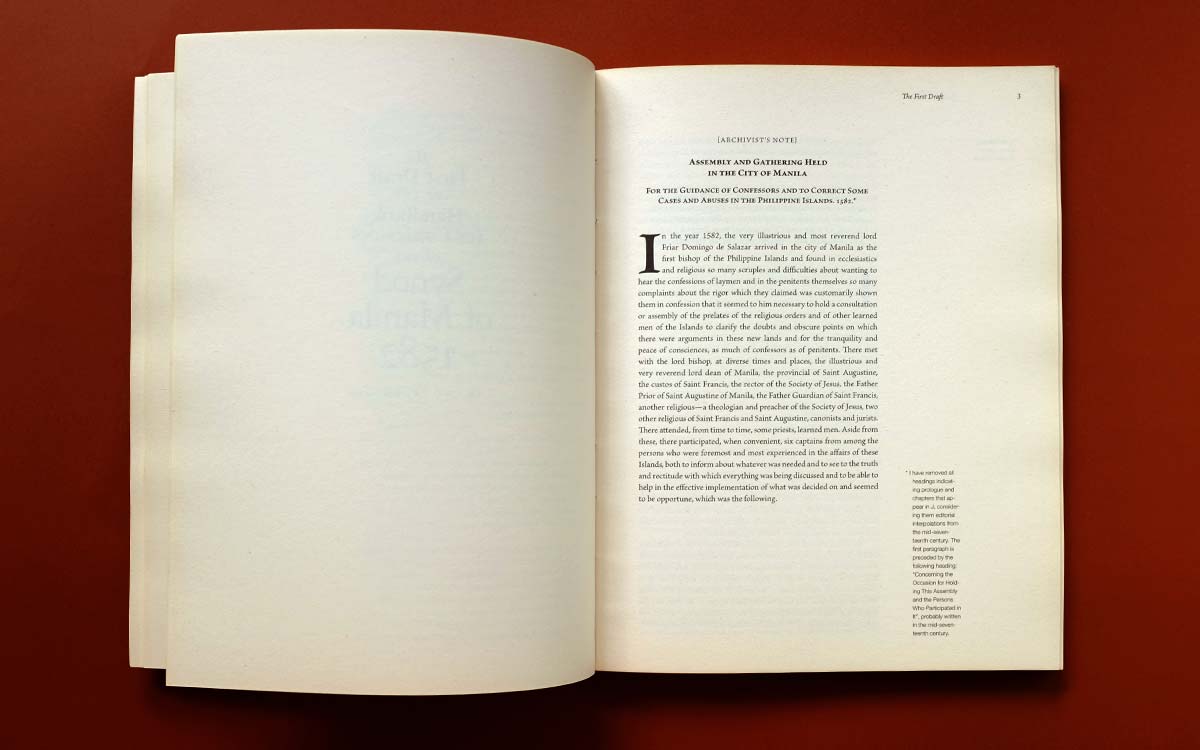 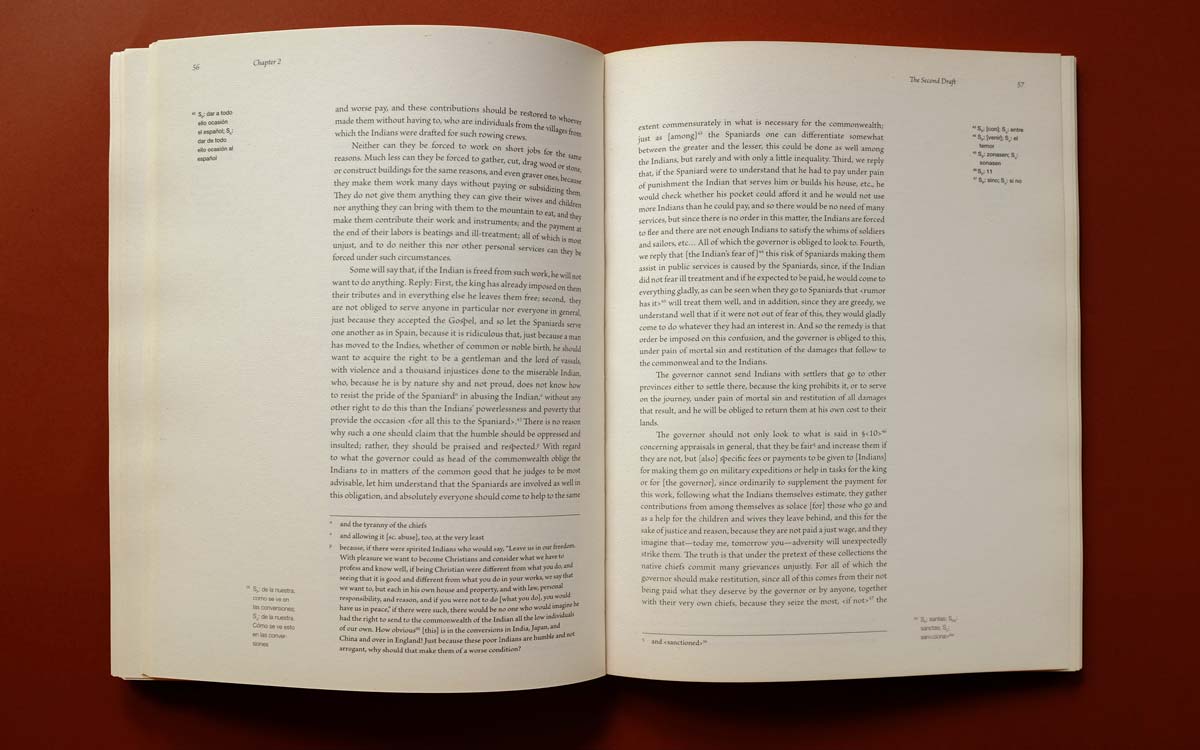 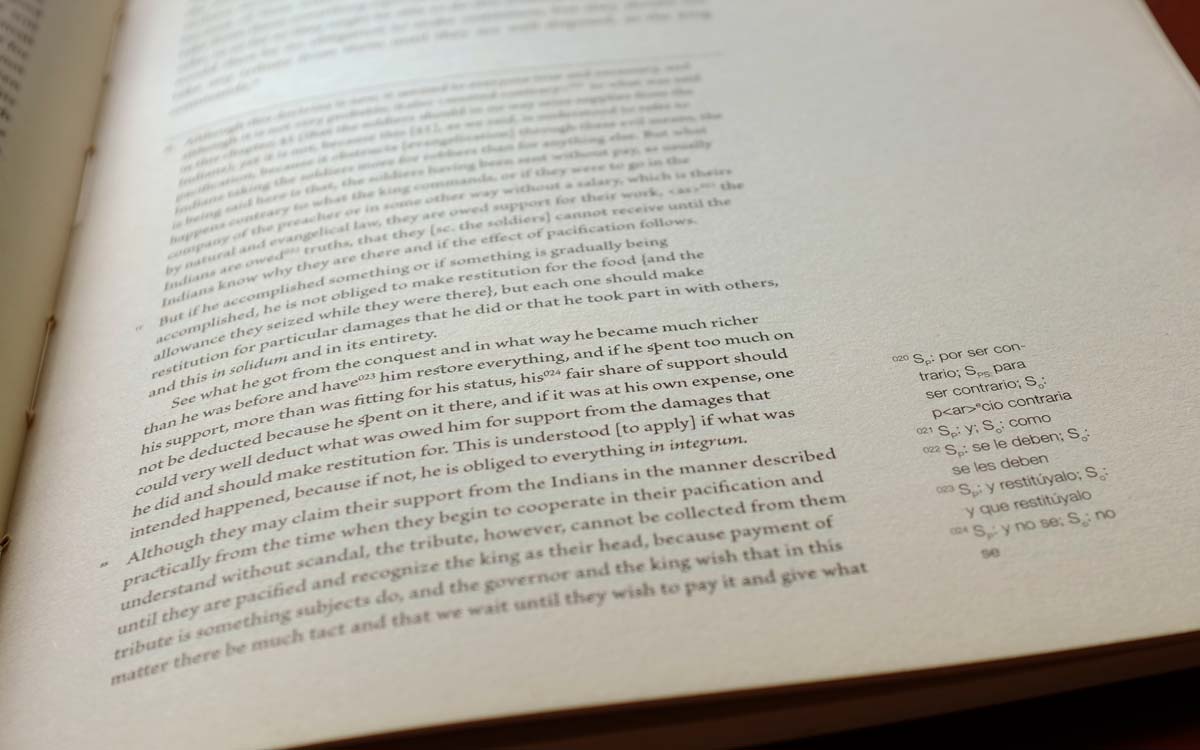 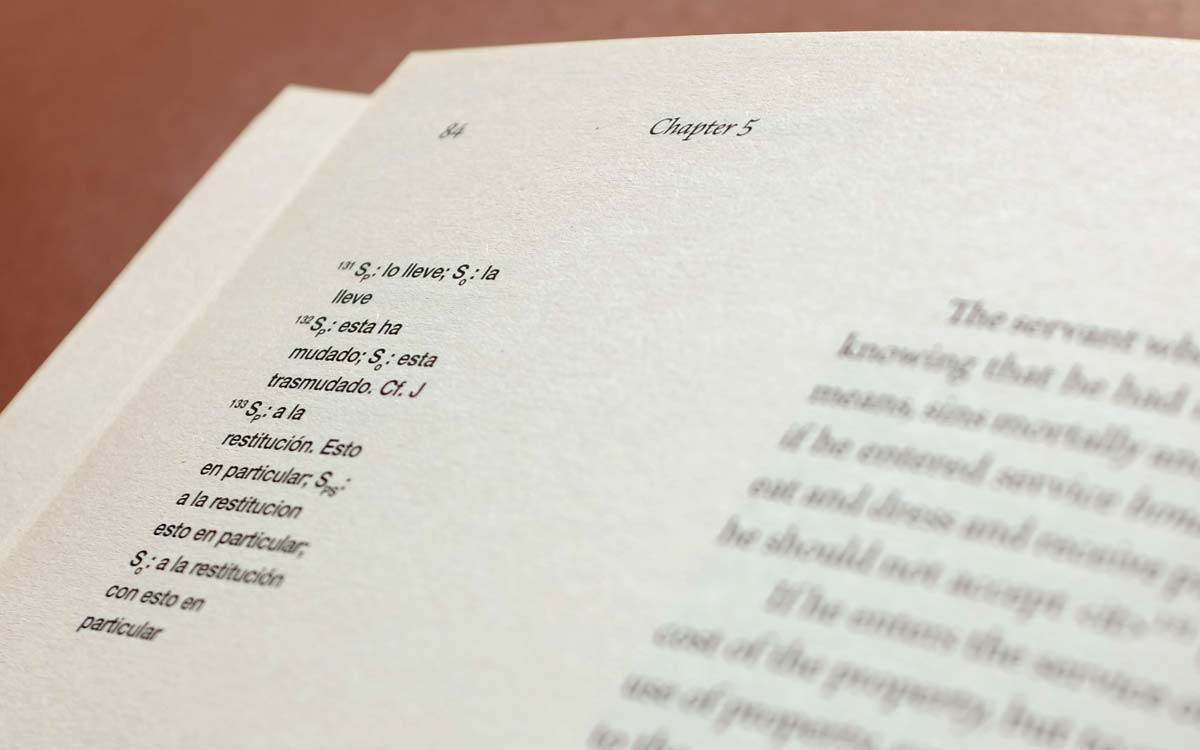 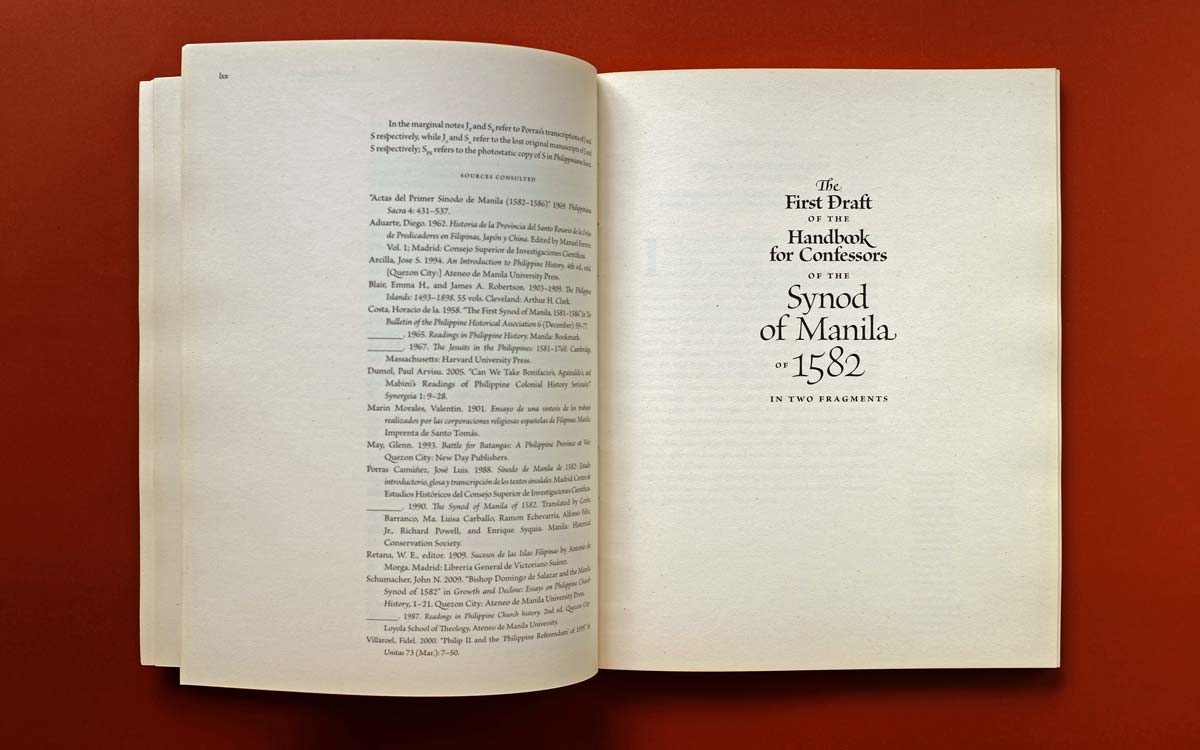 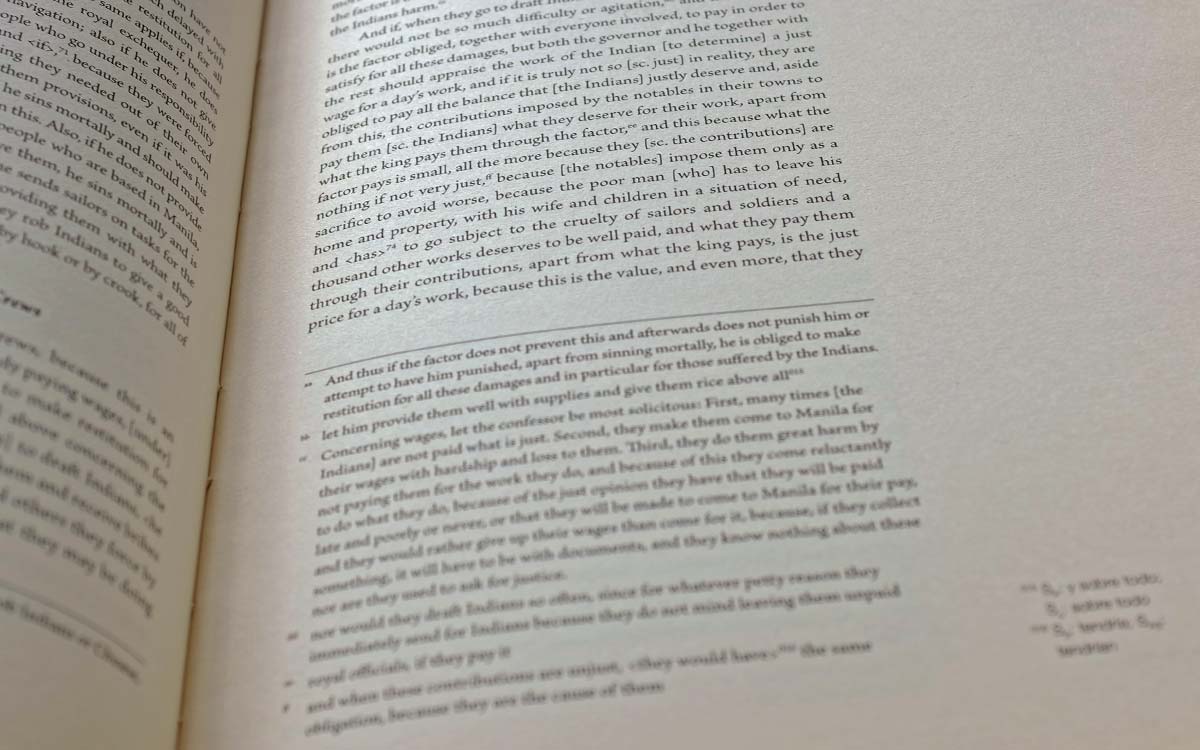 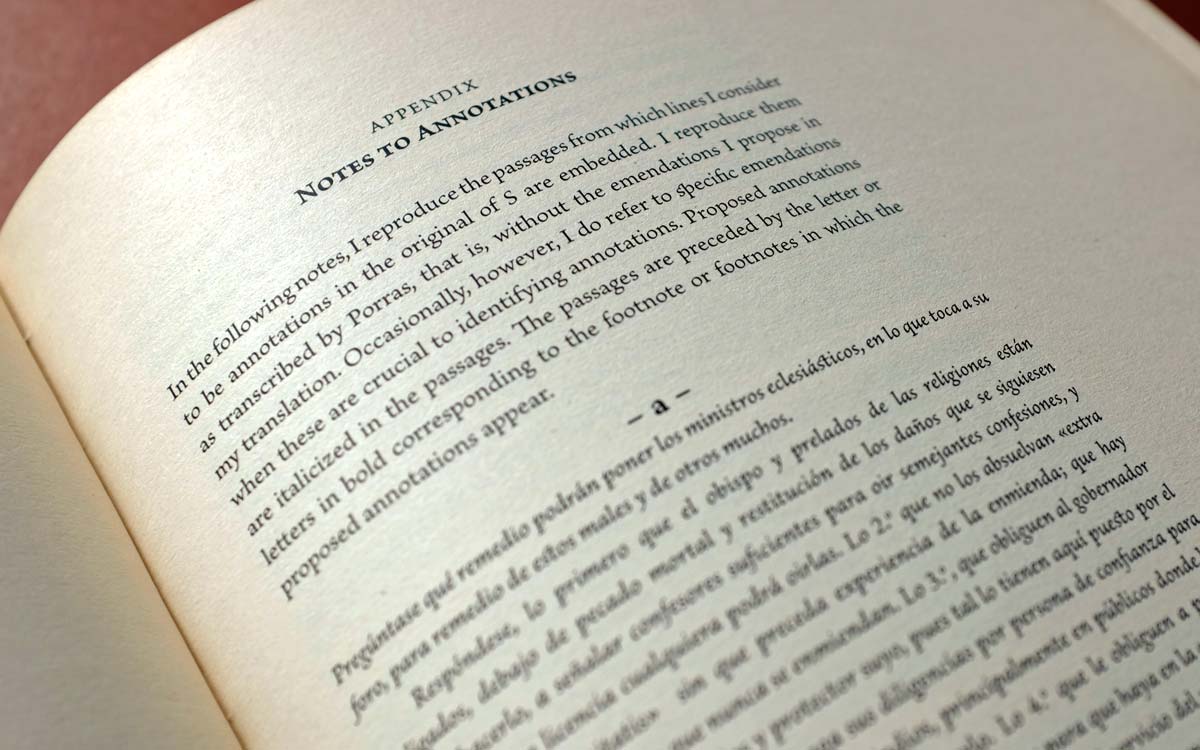 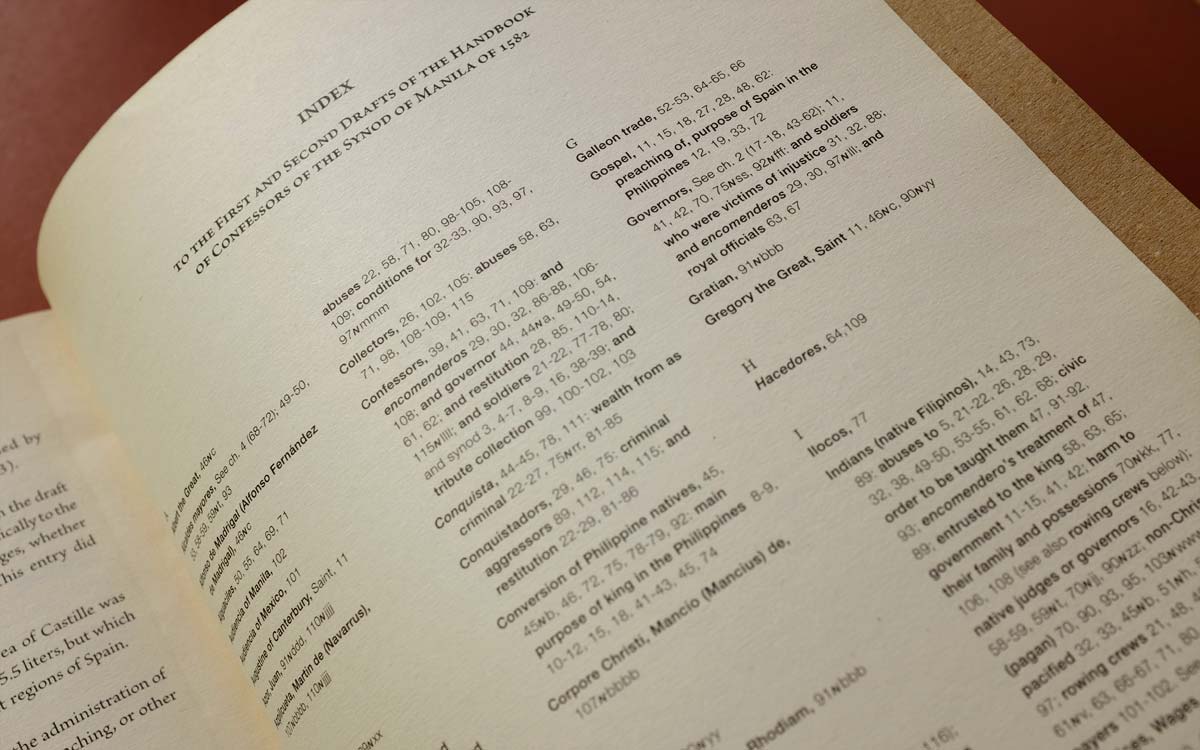 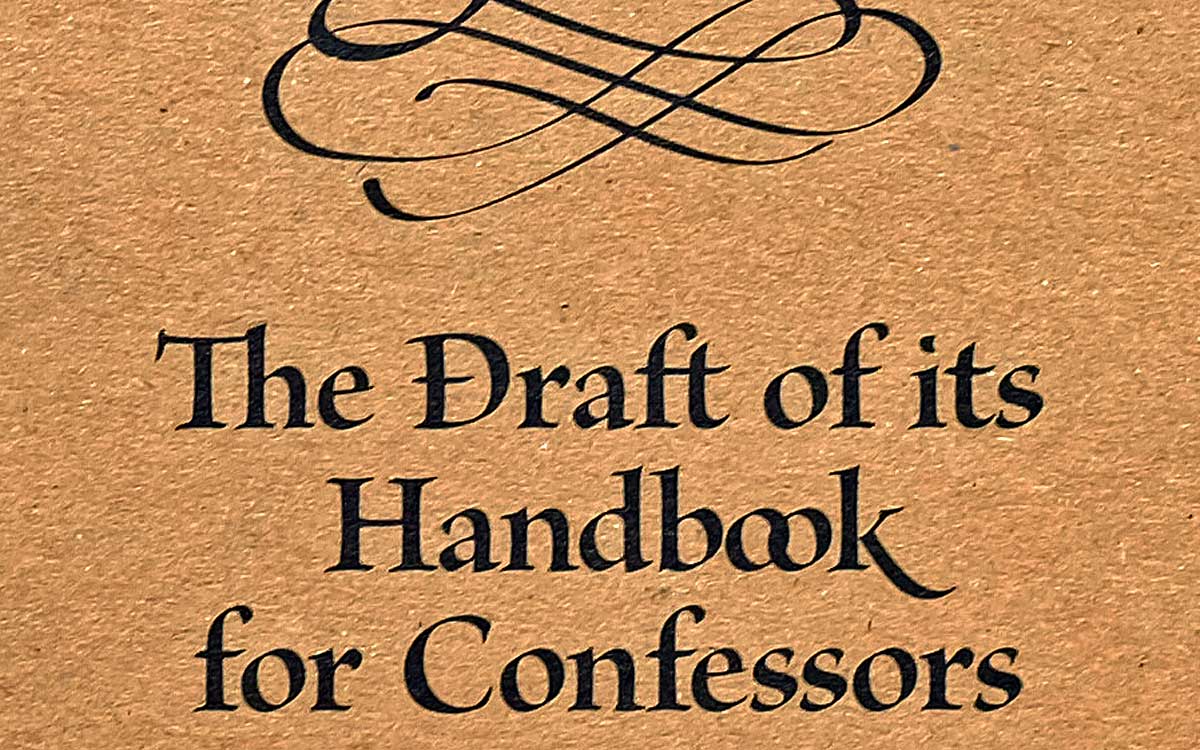 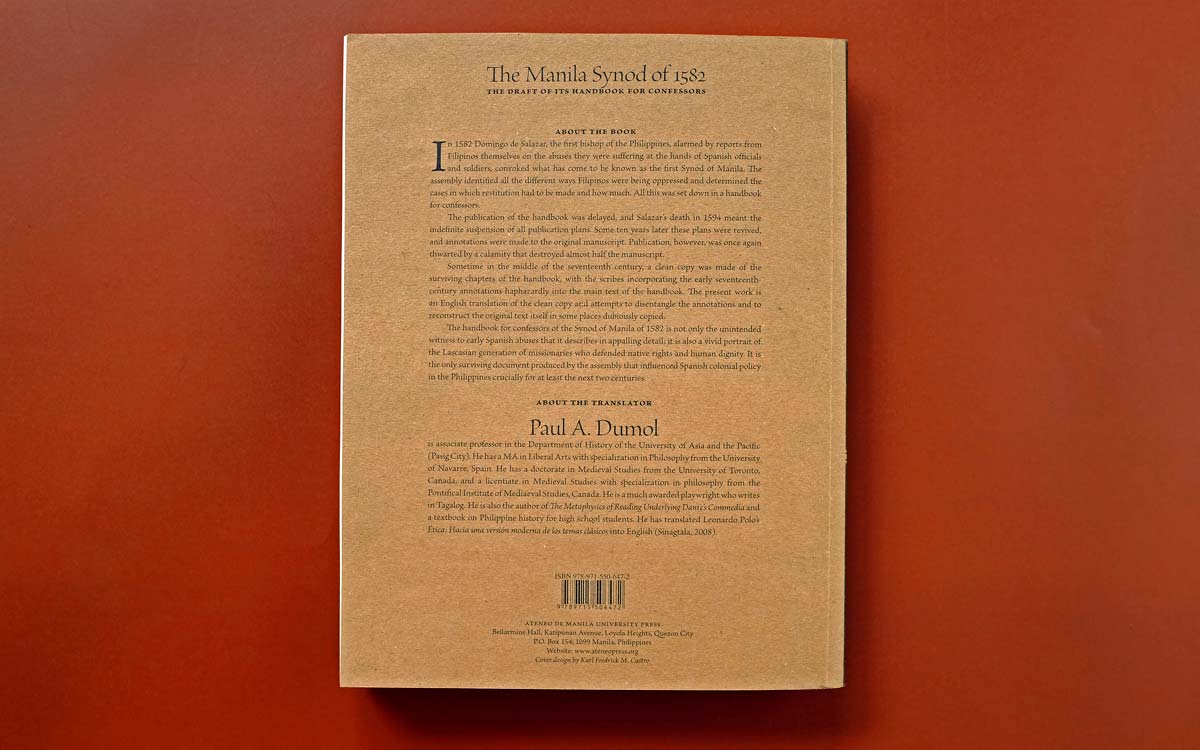